After euthanizing monkey, U of U comes under fire from animal groups, feds. 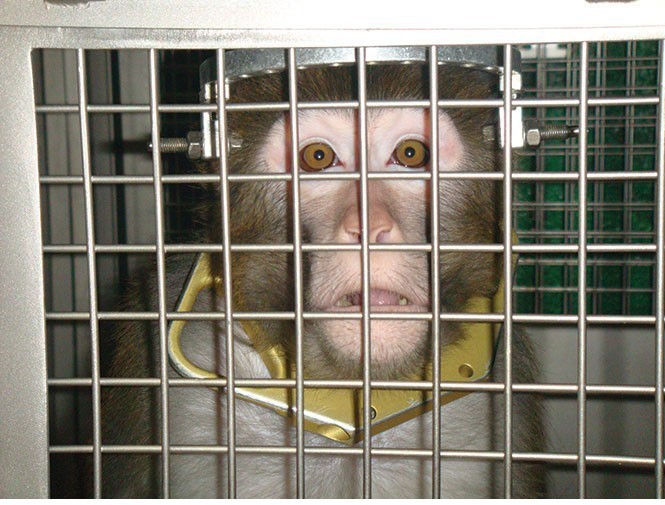 The United States Department of Agriculture issued an official warning to the University of Utah for circumstances surrounding the death in August 2015 of a monkey that was undergoing scientific experimentation in a school laboratory.


Official Warning to University of Utah Re. Death of Macaque by City Weekly on Scribd


The warning comes on the heels of a May 2016 report issued by the federal government that documented “failure of appropriate communication and oversight” by the university’s veterinary staff.

The warning, which cited a pair of violations involving personnel qualifications and proper veterinary care in the laboratory, was applauded by the Center for Ethical Science, which urged the USDA to levy a $10,000 fine against the university.

“The University of Utah should be held accountable for their gross incompetence which led to the tragic death of this monkey,” Jodie Wiederkehr, executive director of the Center for Ethical Science, wrote in a news release.

The monkey in question died after being given anesthesia so it could undergo a CT scan. The monkey’s body became dangerously cold, and someone in the laboratory used a special heater to warm the animal up. But instead, the animal was burned and, to halt its suffering, was euthanized.

A University of Utah spokesperson did not immediately return a call seeking comment.

But in June, Kathy Wilets, the university’s director of media relations, told City Weekly that the school does everything in its power to ensure that animals are being treated well as they undergo testing.

The school’s veterinarian, who, citing security concerns, asked to remain anonymous, said at that time that “many of the animals that are kept as pets have much tougher lives than the animals we care for here. The image of research animals that are undergoing significant torture and distress is false and we make sure that that’s not the case.”