A look at the refit and new ownership of the downtown music venue.

For the past few years, The Metro/Metro Bar has been an unusual venue on the west side of downtown SLC. Bordering between dance club, social hall and music venue, it had become a pre-party destination for those before attending bigger shows a block away, while also serving as a dance club for most of their shows. Then, a few months ago, S&S Presents took over ownership, changed the name to The Metro Music Hall, and altered the entertainment lineup in a way that transformed it overnight into a must-attend venue with sold-out shows every week. Today we chat with the men behind S&S, Will and Lance Saunders, about their current projects and the newly acquired Metro, as well as where they plan to take things down the road. (All pictures courtesy of the venue's Facebook page.)

Gavin: Hey Lance and Will! First thing, how have you been since we last chatted?

Will: Things are good! Happy as can be.

Lance: Everything has been great, no complaints whatsoever.

How have things been going with Rye as of late?

Will: Rye is great. We just reopened dinner on Friday and Saturday, which has been going well.

Lance: We have been pushing promotions a bit harder and it's starting to pay off. Friday and Saturday nights have helped a ton. I'm very happy with our new dinner menu.

What's it been like seeing Kilby and Urban continue to thrive after watching some longtime venues shut down this year?

Will: It is interesting that we have stayed open, and so many venues have closed over the years. I think we just found our niche and got lucky.

Lance: I agree with Will. Luck has a lot to do with it.

There had been a lot of rumors of a shakeup with S&S Presents recently. What eventually led to the decision to buy out Chris Wright and make the partnership 50/50?

Will: We all felt it was best to part ways, but we are still on great terms.

Lance: No shakeup with S&S. We had a business partner who wanted to explore other avenues with his professional life. We're still on great terms, we still talk all the time. 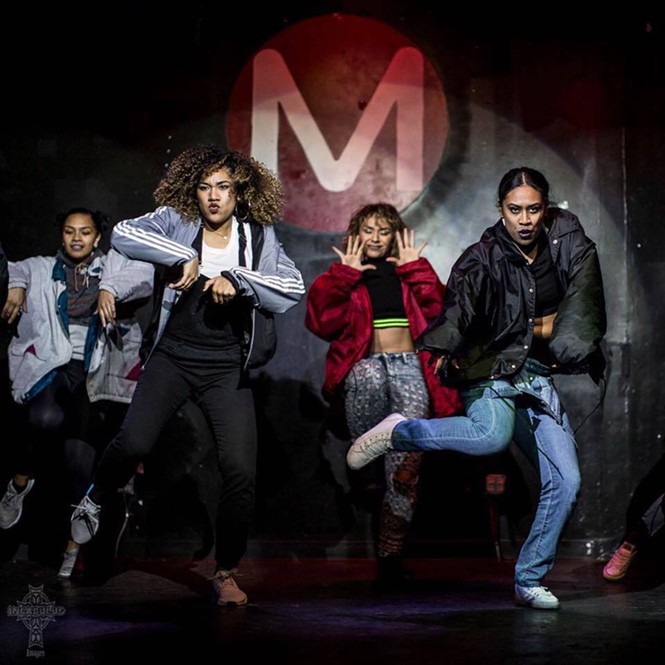 How did the opportunity come about to buy The Metro? Was it something you were looking at for a while or did the offer come to you?

Will: It sort of came as a surprise. We were lucky to come across it.

Lance: We inquired, inquiry turned into a possibility, which then turned into a chance and finally, certainty. We've been remodeling for months; we're almost finished.

Having already owned two venues and a restaurant, what made you decide to expand?

Will: It sounded like a nice addition to our business group. We are really excited.

Lance: We wanted a bigger room than Urban and smaller than "The Grand Room" at The Complex. It seemed like an indisputable move.

What was the overall state of the venue when you took over? And what made you decide to change the name to Metro Music Hall?

Will: We wanted to keep the name Metro, but also sort of note that there was a shift, and it would be the same but not quite the same. Our vision was to open up a bit. The old design was a bit clunky and not free flowing for what we wanted to do. So now, it's more of "hall." When we took over, there were a lot of changes we wanted to make to improve the quality of the experience for the artist and concert-goer.

Lance: We wanted the venue to have its own stand-alone identity without alienating the previously built-in "Metro Bar" crowd. We're still working on it and putting our clienteles/bands perspective into consideration as we move forward.

What's the mindset behind the booking moving forward? Will you try to define it differently from Kilby and Urban, or is it simply another opportunity to book shows you couldn't fit in the others?

Will: I think we need to approach it differently. shows, but higher quality. We would like to do eight to ten shows a month down the road.

Both Kilby and Urban have gone through improvements and changes over the past five years to make them premier spots to see live music. Beyond booking, what improvements are you looking to make to the venue?

Will: Bigger stage, better PA, better dressing rooms, a new patio, new exterior design, changing up the design of the venue as a whole. So far we have put in about 1,000 hours of work into changes.

Lance: Expanded the stage, remodeled all three green rooms upstairs, new PA, etc. In the spring, we'll add a new patio and patio bar, a VIP area in the mezzanine, a full exterior (including lights ), a VIP booth seating behind the sound booth, etc.

At the moment you book shows for half the major music venues in the city. Are you looking to expand that or are you comfortable where things are?

Will: We are not currently looking to expand. It will take a few more months to get Metro Music Hall to where we want it to be, and another six months to get our programming where we want it. I am hoping things will pick up by fall 2017, as far as having the shows we want, and getting every aspect of the venue perfect.

Lance: I don't think I could handle another business right now, but every time I say we seem to come across another opportunity. I want to use this time to focus on finely tuning everything we have on the table.

With the issues happening at 50 West, the local standup comedy community is also in need of new venues. Would you have any interest in booking standup lineups down the line?

Where do you hope to take S&S as a whole over the next few years?

Will: That is a good question! My business philosophy is a "wait and see" type of stance. I would never force opening a new venue or business.

Lance: To the moon. I heard there's a non-stop for the new SLC International Airport once it opens.

What can we expect from both of you and all your ventures going into 2017?