A look into the peculiar studio space in downtown Provo.

A cool oddity sitting in the middle of downtown Provo, The Boxcar Studios is a studio space housing multiple artists and serving as occasional venue for live music and events. Now with multiple businesses moving in and making the place feel like a community-driven , it's only a matter of time before the building becomes one of Provo's biggest community hotspots. Today we chat with the founder and our old friend, Jake Buntjer, about the space's history and how it came to be what it is today. (All photos provided courtesy of Boxcar Studios' social media pages.)

Gavin: Hey Jake! First thing, how have you been since we last chatted?

Jake: I have been very very busy, but if I am honest with myself I think being busy is something I have to be. I feel like I just need to keep moving there are too many things I want to be a part of to get complacent.

How have things been going with your photography career? What have you been shooting lately?

My photography has taken a backseat lately. I mean, I still shoot whenever I can, but I haven’t actively sought out opportunities in that field for the last several months.

What other projects have you been working on lately?

I have been very lucky in finding several doors opening up at once. I have my sculpture work in a few galleries, and have had several really great shows recently. I have also been really busy in the art direction world. I worked on a full-length film called The Last Descent as the art director, as well as the newest Domo Spots and the most recent Garbett Homes commercials. And to boot, I recently started a production company called Productions, and we are busy working on an active set for a local comedy series called Dry Bar Comedy, which Is slated to release its first six episodes in late February 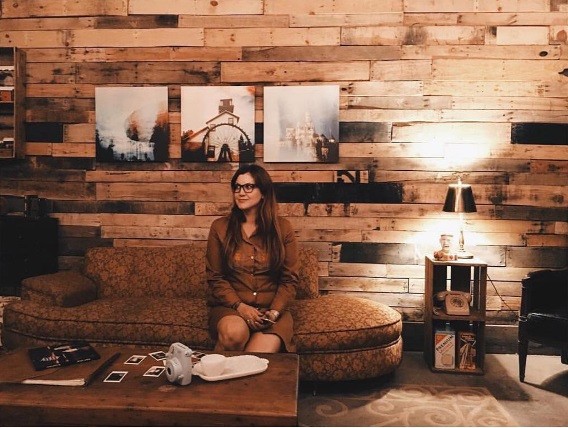 When did the idea come about to start up a studio space?

This is a complicated question to answer, because I think this idea has been rattling in my head for the last seven years. I think when I left the LDS Church, I was left with this deep yearning for community. I felt like I needed to find “my people,” but I wasn’t really satisfied with the saint or the sinner. I felt like I didn’t really belong in either place. I was lucky to find Corey Fox and Velour early on and felt at home in the music scene, and it was among “fellow travelers” that I began to form the vision for a place for others who wanted to have community and belonging in a place that at times seems and white in its acceptance of alternative lifestyles. I love Provo! I believe the mountains that surround it contain magic, and those who feel it see the need to stay and plant seeds of culture and life in an otherwise simple little city. But if you look close you will begin to see there is something peculiar about the connection to the complicated history of Provo and the overwhelming feeling of energy that seems to pour out of those who feel the need to stay and see the creation of something bigger than just the stereotypical view of the “happy valley.”

How did you come across the location in downtown Provo and what made you decide to set up there?

Honestly, this is a very simple story of dumb luck and seizing the opportunity when it comes. In short, I saw someone post about a free desk on Facebook, and noticed the address was across the street from The Provo Studios, which is where I was leasing a space for a studio. I went to see the desk and when I walked into the cold, wet and old warehouse where the desk was, I was illuminated to my core. The guy getting rid of the desk said they were moving everything out, I immediately inquired with the landlord, who was at that time running her accounting business out of the front space, if it was still for lease and how much. She told me it was, and I leaped at the opportunity. It's funny, because I look back at it now and I am like "what the hell was I thinking?" There was garbage everywhere, old tires stacked to the ceiling, it was freezing cold and there were leaks in the roof everywhere. Anyone else would have turned tail and run, and rightly so—it was not a pretty space, but I just saw it for its potential. I went to my friend and frequent collaborator Rick Suchoski and asked him if he was interested in renting the space with me because he was looking for a space to start a woodshop. He jumped on board and we started creating the space. The original intention wasn’t to open it up to other artists, we saw it as a place where we could both have a studio and then have a small place to display our work. The partnership didn’t last long though because Rick met the love of his life and then landed an amazing job with UVU, and wasn’t able to dedicate the time in turning an old rickety space into a studio.

What was it like transforming the space into what you needed?

It’s been the hardest and most rewarding year of my adult life. I have pushed my body, mind and soul to the limit so many times over the last year. I really thought I was going to break. But in the same moments, I have seen myself rise to the challenge and make it over the next hill. I could have never done it on my own I have found myself surrounded by incredible people who have sacrificed endless amounts of time and talent to work on this project. It was like a moth to a flame for souls who needed to belong somewhere; it quickly became the island for misfit toys, and we all pitched in to create the space little by little. Now we house seven artist studios [and] a coffee shop in Rugged Grounds Coffee.  There's an antique shop with The Man in the Moon Mercantile, a barbershop with Revolucio’n Barbershop & Co., and & soon we are adding a tattoo shop and a custom motorcycle shop. 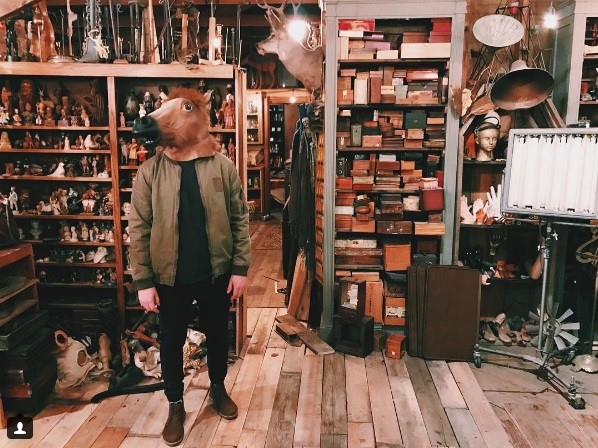 What was it like for you first opening the space and getting the word around?

Its been organic, to say the least. Really, all I did was throw events and shows that I would want to go to, and there was an answer to the call. I treat each event like a one-night circus, trying to tie all the arts together and the sense of community. I opened the space to other peoples dreams and sifted through them with less of a business mind and more out of intuition. It wasn’t the “way” people do it, but it felt right. It hasn’t ever been about making money, it's been more about leaning together and creating the space for people to take the small risks needed to test out their wings.

How did you go about getting the other artists involved to utilize the building?

It wasn’t difficult. There was a need for art studios and community people are hungry for a place to create among others who are trying to take a passion and create a career path. I offer an incredibly cheap space and give the artist the freedom to transform that space into something they can claim ownership over, a place that belongs to them.

How has it been holding live shows and occasional events?

It’s been exhilarating and eye-opening. I have no interest in becoming a venue, but I am excited to see what will host in the future. I hope to continue to keep blowing people's minds with events and shows. I want to create a place for all walks of life to come together and understand each other. It's working, and in a way, I don’t want to understand why. I see it as magic—our last event had upwards of 500 people throughout the night—they were from every walk of life and it was magical. Everyone felt it.

For those who wish to use the space or setup shop, how do they get in touch and work out a deal?

Contact me. We are going to be expanding once again this upcoming summer adding more artist spaces as well as a few more retail space options. You can reach me at theboxcarstudios@gmail.com.

What can we expect from you and The Boxcar Studios over the rest of the year?

Growth and magic! Honestly, this year is all about getting programed, taking all the growth that has happened this last year and making sure it is nurtured. This has been a steep learning curve, one on which I have felt completely overwhelmed at times. I am hoping to expand the leadership of The Boxcar so that we can sustain the growth and grasp on to any opportunities that continue to come. We are linking arms with other groups in Provo, such as Provo Pride, in hopes of strengthening both communities and offering an even larger stage for healthy and much-needed change in our city.