The People vs. Shae Petersen 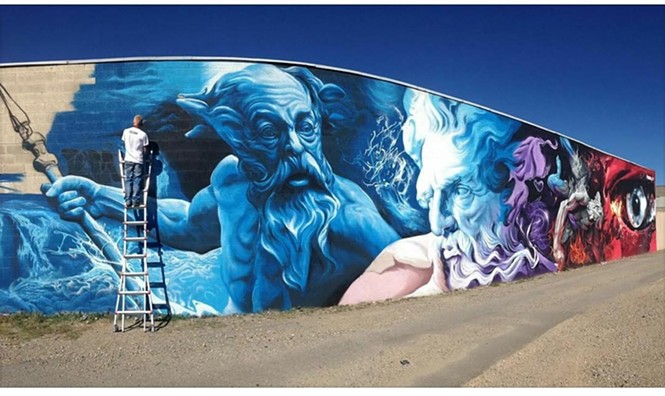 Is a mural the same thing as a business sign? South Salt Lake says so. But artist Shae Petersen, who was hired to paint a mural on the side of a strip club, suspects the city is putting the kibosh on his project because it doesn’t want to draw attention to a sexually oriented business in its midst.


On Oct. 2, South Salt Lake City Planner Alex White sent a letter to the owner of Exotic Kitty gentlemen’s club explaining that under city code “the sign you seek to have painted on the exterior of Exotic Kitty is not permitted.”

Signs for sexually oriented businesses in South Salt Lake are more restrictive than those on other businesses: “No descriptive art or designs depicting any activity related to or implying the nature of the business is allowed,” city code says. "Signs may contain alphanumeric copy only.”


Neither White nor the city administrative office immediately returned calls for comment.


Recently, Petersen launched a petition appealing the city, and he is challenging what he sees as a sign/mural conflation.


“There are no ordinances regarding murals. That is the shady thing they’re trying to pull is by saying, ‘Oh, it’s a sign,’” he says.

You can read the city's brief letter below. 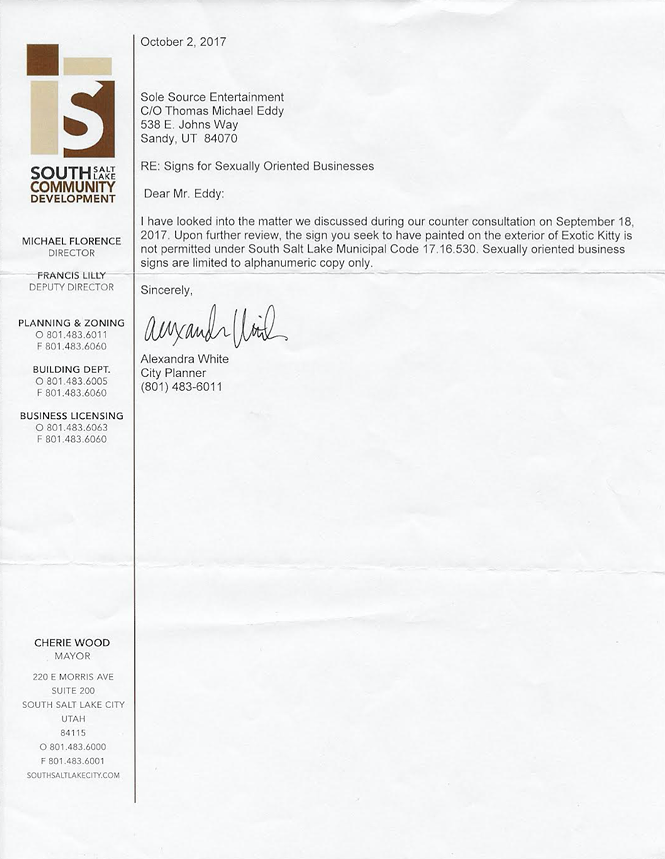