Trump Backs Romney. But for How Long? | Buzz Blog

Trump Backs Romney. But for How Long? 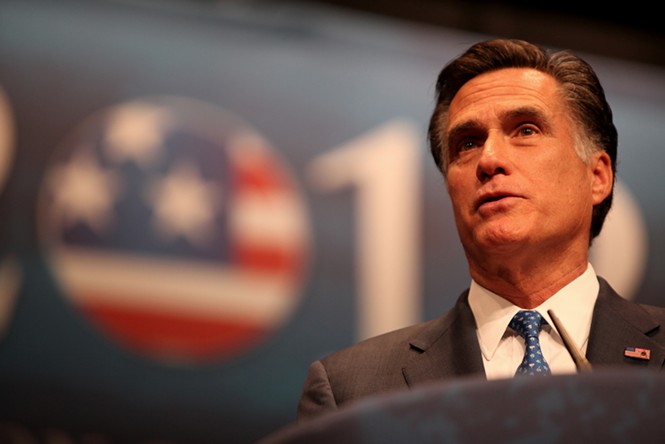 
In a tweet, Trump endorsed Romney’s senate campaign, saying, “He will make a great Senator and worthy successor to [Orrin Hatch], and has my full support and endorsement!”


Romney responded on Twitter: “Thank you Mr. President for the support. I hope that over the course of the campaign I also earn the support and endorsement of the people of Utah.”


The former presidential candidate announced last week that he would run for outgoing Sen. Orrin Hatch’s seat after months of speculation.


“I have decided to run for United States Senate because I believe I can help bring Utah’s values and Utah’s lessons to Washington,” Romney said in his campaign video. “Utah is a better model for Washington than Washington is for Utah.”


Whether Romney can do that, though, might depend on how the president feels at the time. Trump and Romney’s relationship—good and bad—dates back most notably to 2012, when Trump endorsed Romney’s presidential bid.


“Congratulations to Mitt Romney,” Trump tweeted in October 2012. “He was not only good, he was absolutely fantastic tonight!”


However, after Romney lost the election, Trump’s support waned. Years later, when it came time for Trump’s presidential bid, Romney wanted him to release his tax returns and the war of words was on.


“Methinks the Donald doth protest too much. Show voters your back taxes … #WhatIsHeHiding,” Romney tweeted.


In February 2016, Trump called Romney a “Dope!” and said Romney “was one of the dumbest and worst candidates in the history of Republican politics.”


That's just a snippet of their back-and-forths. After Monday’s endorsement, it looks like the love affair is back on. For now.