The Guv Just Wants Someone to Listen | Buzz Blog

The Guv Just Wants Someone to Listen

Gov. Herbert returned from Washington feeling like his voice is finally being heard, but to what extent? 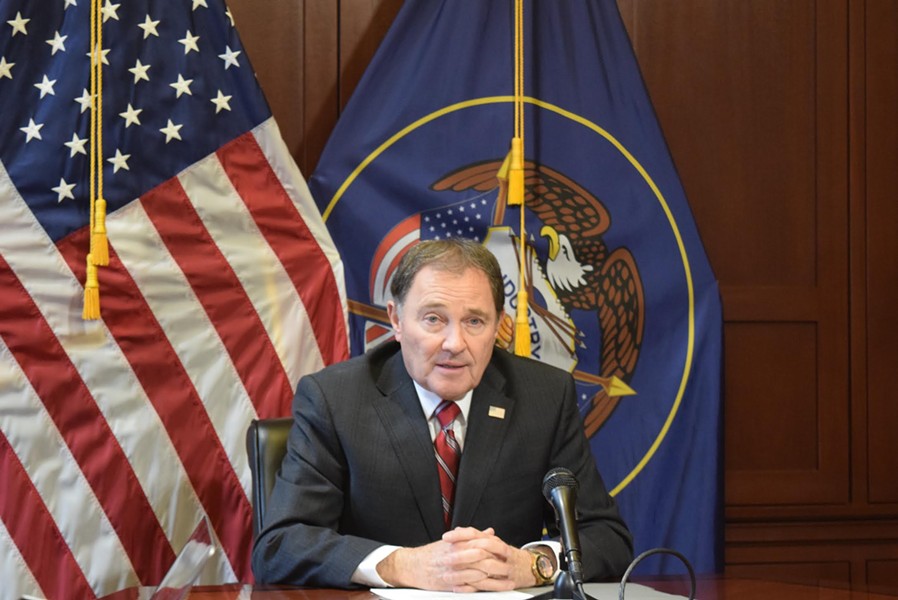 Fresh off a trip to the nation’s capital, Gov. Gary Herbert says he feels like he’s finally being heard.


Sure, the state has made headlines across the country about public lands and the pending stingiest DUI law in the country (reduced from .08 to .05), but that’s not what the governor was referring to at his weekly media availability Thursday. Herbert didn’t even bring those topics up.


“As a young, inexperienced governor, I asked, ‘When do we go to the White House, when do we meet with Nancy Pelosi and Harry Reid, when do we, the governors, weigh in on this significant piece of legislation?’” Herbert said about his first trips to D.C. “And the answer that came back to me was, ‘We had not been invited.’ I said, ‘You mean to tell me the governors of the 50 states that will have to implement this program that impacts one-seventh of our GDP have not been invited to take part in this discussion?’”


Indeed, Herbert felt left out in the cold. And since the ACA’s passing, the state has not fully expanded Medicaid access—that will remain unless the ballot initiative calling for its expansion passes on the November ballot.


After his trip to the annual National Governors Association conference, Herbert says he feels that conversation has shifted.


“I actually left pretty encouraged,” Herbert said about hearing both parties talk about “the significance states have in solving problems.”


Some of Utah’s problems, though, have been taken up by the public. Signature gathering continues for six initiative petitions that would legalize medical cannabis, expand Medicaid, increase taxes for public schools, create a redistricting commission to cut down on gerrymandering along with two opposing initiatives that aim to change how candidates get on primary ballots. All of that has left the Legislature feeling, well, like it’s missing out.

"I’m very reluctant to have anything that would be contrary to what the voice of the people say." –Gov. Gary Herbert click to tweet

One week remains in this year’s General Session, but that hasn’t stopped lawmakers from pushing new bills through this late in the game.


House Bill 471, sponsored by Rep. Brad Daw, R-Orem, would delay the time a petition becomes law to 60 days after following year’s general session. The bill passed 8-2 out of committee Wednesday and is now up for consideration by the full House.


“There is a need to give the Legislature a session to clarify and clean things up,” Daw said during the this week’s committee hearing.


Ballot initiative advocates, though, said they don’t want the rules to change halfway through the process.


Herbert also remained a little skeptical of the bill.


“So, I’m very reluctant to have anything that would be contrary to what the voice of the people say. [Language] may not be as perfect on an initiative petition because it comes—warts and all—without any refinement. I understand the concern that some of the legislators have where they say, ‘If this passes, then we have some problems, we have some conflicts, how do we resolve that, we need time to resolve it.’


“I expect if anything needs to be modified, they can take it up at that next general session,” he finalized.