Svelte icon Trixie Mattel on success, prison-sex fantasies and being that bitch. 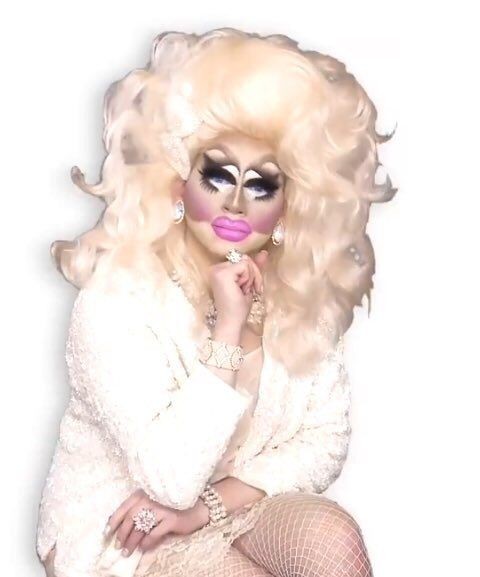 Trixie Mattel wears many hats atop of her sky-high coiff: Comedian, contested winner of RuPaul’s Drag Race Season 3, bubblegum Pied Piper of a rabid fanbase and acclaimed singer-songwriter (Rolling Stone referred to her recently released sophomore album, One Stone—available on iTunes—as the effort “which may just help establish the drag superstar as a country legend-in-the-making.”)


Still, armed with an autoharp and barb-sharp wit, the one-half of Viceland’s The Trixie & Katya Show isn’t one to rest on any laurels and remains grounded, even as I ask her to turn her phone volume up to capture all her brilliance. “Am I brilliant?” she responds.

Fresh off an Australian tour—the same one that’ll see her taking The Depot stage on Friday—and speaking with the buoyancy of a freshly popped bottle of pink Champale, the Milwaukee native, born Brian Michael Firkus, spoke with City Weekly about Mormons, the perils of intimate fan encounters and pee color.


There is a rumor going around that you’re beauty and intelligence in one combined. Any truth to this? Well, I mean, I’m obviously a woman, and people stop me on the street every day. People think I’m Elle Fanning; people think I’m Hayden Panettiere. It’s, like, you know all of us Hollywood blonde actresses, you can’t just reduce us to our looks—we’re not all the same. We’re not your toy. We’re not property.

Oh, completely. And as far as intellect goes, I have the mind of a mastermind. You know that Vine of that girl in her car? That’s me, bitch. I mean, I am mildly intelligent but I don't use it for good or anything. I’m pretty good at Skyrim, but I don’t, like, cure diseases or help anyone.

For you, what’s been the gag of RPDR Season 10? Well, Monét and Cracker didn't win. So now, I don't care which one of those Cabbage Patch Kids wins. You got the Human Growth Hormone Barbie, who can’t form sentences, don’t care; Eureka wears a size 16 shoe—that’s that; Aquaria, she’s very into high turtlenecks and speaking like she’s in the movie Party Monster; and what’s her name? Big teeth, small mouth?

Asia, yes. I mean, they’re all fabulous, they’re all wonderful. I was just Team Cracker and Monét, so I’m checked out. I’m that gif of—who’s that actress that Bob the Drag Queen looks like?—Viola Davis grabbing her purse and leaving. I’m out. Also, truthfully, I’ve been on tour and I haven’t seen much. I haven’t seen anything since before the Cher Rusical.

So you missed Aquaria’s remarks on her fondness for clear pee? For what? Clear pee. Like, she gets excited when she pees clear. Oh, OK. So that’s why you think I’m brilliant. Because my colleagues get excited about their pee color. Obviously, I’m kidding—and they’re all superstars and they’re all great. I’m on tour, so I haven’t been watching. Also, once you’ve done Drag Race enough times, it’s sort of like you saw Santa Claus bumming a cigarette behind the mall with his beard off and you don’t want to sit on his lap anymore.

Based on your Twitter feed, I must ask: How’s your binging of Lockup: Raw going?

Oh, my God! I am obsessed with Lockup. Well, I finished Lockup: Raw, so I moved onto Lockup: State Prisons, I watched County Jails and now I’m watching this other one called Lockup: Chain Linked. It’s amazing. I mean, I’ve learned a lot of prison life and the cyclical tragedy of drug abuse. It’s amazing how many people go to prison then keep coming back. It’s crazy how many prisons are severely overcrowded. I also find it alarming how drastically different prisons are state to state—some prisons are horrible, like Azkaban, and some fully have TVs and bubble baths—so I don’t know. I just hope that not if but when I get picked up for tax evasion, I end up somewhere where I can charge my Nintendo DS.


Of course, I admittedly kind of watch it for the gay sex fantasy. Like, if you were a gay kid, you watched The Wizard of Oz, but I was a really gay kid so I used to watch Oz, that prison drama on HBO.

What’s your “Now With Moving Parts” tour all about?

It’s a stand-up show—75 percent stand-up, 25 percent of it is my music. I love doing comedy and I love singing my songs. It also has some great costumes in it. There are five costumes, three wig changes, all while telling all these jokes and singing all these songs. My goal was whether or not you’re a comedian, a musician or a drag queen, you can come to this show and be like, “You can’t fuck with it. She really is that bitch.”

"It’s not like I’m Katy Perry where I have Mark Ronson come over to my house, and me and him and four other Swedish pop-music scientists create this earworm in a laboratory. It’s me in my fucking gym shorts, drinking a sugar-free Red Bull in my garage, writing music for my own human development." click to tweet
Have you been to SLC before? Yeah, the Mormons! I went out on a date with a guy from Salt Lake City once.

How was that?
It was good. He—I didn’t have a problem with it—but he had a surprise gapped tooth. I thought it was a fun thing to spring on someone. In all his pictures he had his mouth closed—very masc, smoldering, sexy—and in real life he was a full-on queen with a gap tooth. You should be up front, that's a lot more interesting. I find in dating, though, men usually hide the most unique parts of themselves.

What do you usually hide?
Oh, God. The shorter list is what am I honest about? I tell everybody I work in HR, because nobody knows what that is and no one asks. Honestly, most people recognize me, so right off the bat they know what I do, what I’m about. It’s kind of a good ice breaker. If you’re a normal drag queen, you have to break it to someone. If you’re a famous drag queen, they already know, but the other issue is half the time that’s usually the reason they’re contacting you—they want to have fan sex with you.

Is fan sex good?
I wouldn't know. I don’t do it. A lot of drag queens do, though. There’s one Drag Race queen—I won’t say who—she was getting oral sex from a guy and he started crying and then he went, “I just can’t believe this is happening.”

We all know that was probably Detox.
Oh, my God. Well, no comment.

Cataracts-stricken people might call your makeup “subtle.” Lady Bunny describes it as “glamorous, demented clown.” What inspired your now trademark face? She said I look like a glamorous, demented clown? Wow. That’s sweet. Well, you know, I have a strong affinity toward young children’s toys—especially girls' toys—and I wanted the hair of a My Little Pony, the skin of a Barbie and the proportions of a Polly Pocket. I sort of married that kids' toy look with this deep, dark, adult sense of humor and that was such a winning combination: this wind-up doll that talks about divorce and depression. Then I added the folk music element to it and started shifting it from a Malibu Barbie to a "Barbie at Coachella," sort of county, folksy Barbie look. Now I think I look like a sort of Lisa Frank Joni Mitchell.

Speaking about your music, Billboard called your One Stone among the 50 best albums of the year so far. That’s quite the accomplishment.
I couldn't believe it. Because, I gotta tell you, it’s not like I’m Katy Perry where I have Mark Ronson come over to my house, and me and him and four other Swedish pop-music scientists create this earworm in a laboratory. It’s me in my fucking gym shorts, drinking a sugar-free Red Bull in my garage, writing music for my own human development. So, I would write the music anyway, but for it to sell and for it to mean something to people, it’s like extra double, triple icing on the cake. It’s totally nuts.

I gave up on music when I was in college, I just didn’t think it was going to be for me. I couldn't get any gigs … so it’s been really cool to see it work through this other vessel.

Aside from your own, what’s your favorite Ru girl song?
That’s difficult. Jinkx Monsoon’s “This Town,” which is a song from her album The Ginger Snapped. [It’s] about how she travels so much, that when she goes home a lot of her friends have moved away, a lot of the city has become gentrified and she barely recognizes her home anymore. It’s a beautiful ballad written for her by Major Scales, her accompanist. I also love “This Is My Hair” by Alaska and I love “Looking Good, Feeling Gorgeous” by RuPaul. That’s my all-time favorite RuPaul song.

Jinkx’s hometown paper, The Stranger, recently called you “the gay world’s popular girl.” Who gets to sit at your table?
They called me the gay world’s popular girl? That is fucking so misinformed of them. Who gets to sit at my table? Buffy the Vampire Slayer, aka Sarah Michelle Gellar, she’s to my left. To my right is teen acoustic folk-pop sensation Michelle Branch—she’s currently pregnant, she can bring her fetus. Who else is sitting with me? Oh, Connor, this young man who drives the Oscar Mayer Wienermobile, and you know what, for a little flavor, Ricky Martin. And, I mean, Katya is always invited—open-door invitation.