Down a Dark Hall, Scotty and the Secret History of Hollywood, McQueen 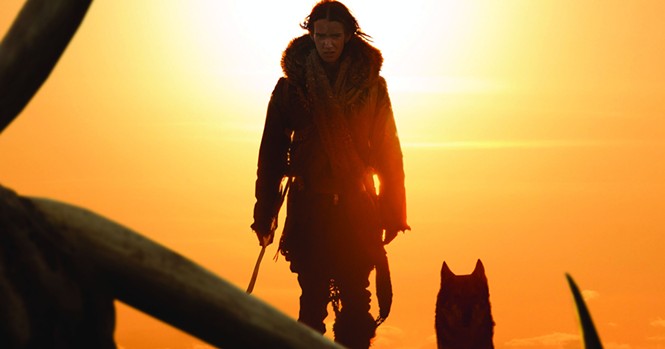 The dog days of summer include a story of the first dog, plus a  wide range of specialty offerings including a pair of biographical documentaries,  Mark Wahlberg in action and a culturally-unique romantic comedy.

The 20,000-years-ago setting of Alpha emphasizes images in its "boy and his (first domesticated) dog" story. McQueen profiles fashion designer Lee Alexander McQueen with a focus on his work, but too little on the man. The Miseducation of Cameron Post serves up a story about a teenager in a program to "cure" her of homosexuality, without enough context for her journey. The gothic teen horror of Down a Dark Hall brings the ghost story tropes but ignores any emotional framework.

Eric D. Snider finds Scotty and the Secret History of Hollywood offering a sympathetic back-story for the profile of a pimp for secret same-sex affairs by Golden Age movie stars.

Also opening this week, but not screened for press: the true story of post-independence India's quest for its first Olympic medal in Gold.