‘Poverty Is Not a Crime’ | Buzz Blog

‘Poverty Is Not a Crime’

Sickness, overbearing heat or bitter cold—these are a few reasons why Utah’s homeless population lost 92 people in the past year. The oldest was 85 years old; the youngest, 20. Seventeen veterans were also part of the group. All were remembered Thursday evening during a candlelight vigil at Pioneer Park.


Those lost had their names displayed and lit up on a homemade altar on a stage full of choir singers and speakers, including homeless advocate Pamela Atkinson and Shylo Martinez, a student at The Other Side Academy—a vocational training school for adults who are struggling with drug addiction, criminal convictions and homelessness.


“There's no doubt in my mind,” Atkinson said, “that living on the streets in our city is harsh in the summer, as well as in the winter, and is difficult to tolerate for even a few short minutes, let alone weeks, months, and in some cases for some of our homeless friends ... almost a lifetime.”

Related Iced Out?: Homeless advocates and activists call for The Road Home to stay open through the winter months.

Iced Out?
Homeless advocates and activists call for The Road Home to stay open through the winter months.
Coats, blankets and boots were laid in rows and piles, ready for anyone to pick up and try on. Protesters from half a dozen community groups served hot chocolate and homemade snacks.
By Peter Holslin
News

Efforts to expand housing and shelters for Salt Lake City’s homeless have resulted in three new resource centers that opened up in the latter part of 2019. However, numbers show that 43% of those lost, died in housing or shelter of some sort. Still, Atkinson emphasized, access to resources is of the utmost importance.


“If we have security and stability, then why not our homeless friends?” she said. “Everybody in life is equal, and they deserve the same as we have.”


Martinez is among those who have found security and stability. Two years ago, his time was spent “couch surfing” and trying to find ways to pay for his drug addiction.


“I have to thank The Other Side Academy for what it's given me,” he said. “It never cost me a thing to show up there. I didn't have to use my mom and dad's insurance money like I had 1,000 times before, I just had to go in with a strong desire to change.” 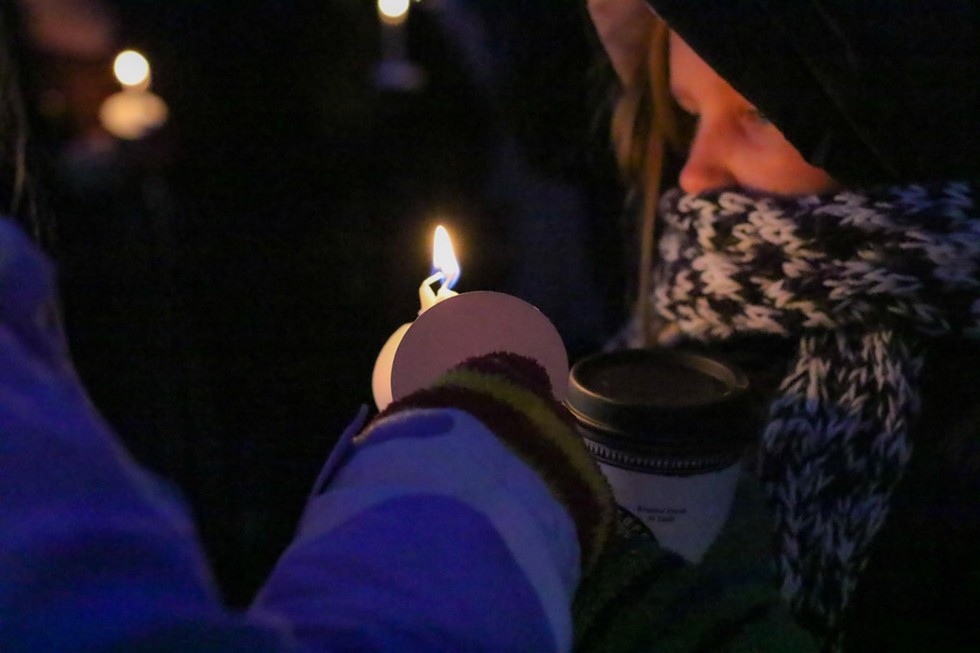 “So many of our homeless friends are looking for a friendly ear … God gave us two ears and one mouth for a reason." —Pamela Atkinson tweet this

Attendees to the annual Homeless Persons’ Memorial Day held candles and prayed. Others carried signs emblazoned with messages like “Housing is a right, poverty is not a crime,” “Don’t care about homelessness only one night a year!” and a quote by Lt. Gov. Spencer Cox, who was expected to make an appearance but couldn’t, that read, “No one is going to be left out in the cold, no matter what.”

The ceremony concluded with speakers reciting the names of the 92 homeless people who died, followed by a moment of silence. A rendition of “Taps,” usually played during official military funerals filled the silence before final speeches.


Atkinson said she hoped those in attendance left with a renewed sense of empathy. “So many of our homeless friends are looking for a friendly ear … God gave us two ears and one mouth for a reason,” she said. “We're supposed to listen to one another more. And, I think by listening, as we did with Shyloh this evening, we understand so much of what our homeless friends have gone through and are going through.”