Sanders draws sizable crowd to Fairpark ahead of Super Tuesday. 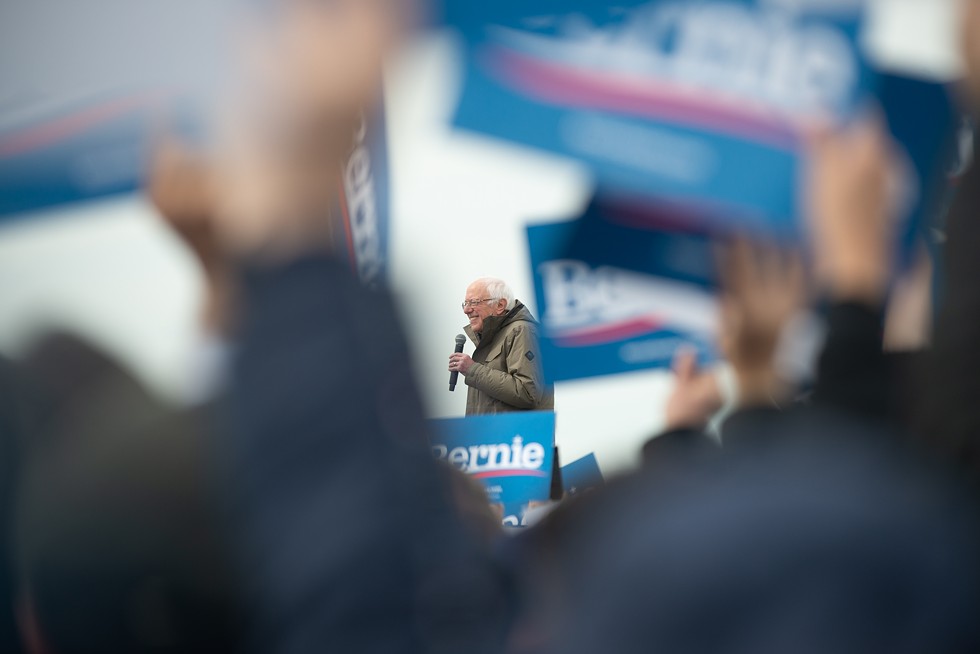 If poet John Donne, who famously penned, “No man is an island, entire of itself; every man is a piece of the continent, a part of the main,” were alive today, he’d probably be a Bernie Sanders supporter.

Sanders’ message of “not me, us” and the importance of helping all struggling Americans resonated with an estimated 5,000 person crowd this afternoon at the Utah State Fairpark. While the Vermont senator was the main event, supporters and representatives from his campaign also took the stage to reinforce his message of unity between middle-class Americans.

The rally, held on the eve of Super Tuesday voting in the Democratic Presidential primary, seemed focused on galvanizing existing Sanders supporters instead of reaching out to new ones. It started with campaign field director Rose Asaf asking the crowd to text their information and get involved in the campaign. “Our view of human life is very different than Trump and his friends." —Bernie Sanders tweet this

Former Utah Democratic Party Chairwoman Daisy Thomas also took the mic, reiterating that Sanders’ strength as a candidate doesn’t come from his personal or political history but “from the millions behind him who share his beliefs.”

Finally, Daud Mumin, a Somali immigrant and member of March for Our Lives, introduced the presidential hopeful. While Mumin focused on gun violence prevention and gun control, he also recognized that the political system doesn’t work for most Americans.

“We have normalized our politicians not listening to us,” Mumin said, “and that has to change.”

Sanders’ 30-minute speech largely touched on his campaign capstones—like Medicare for all, affordable education, the Green New Deal and reproductive rights. The heart of his campaign, he clarified, was not just about defeating Donald Trump but changing national values.

“Our view of human life is very different than Trump and his friends,” he said. 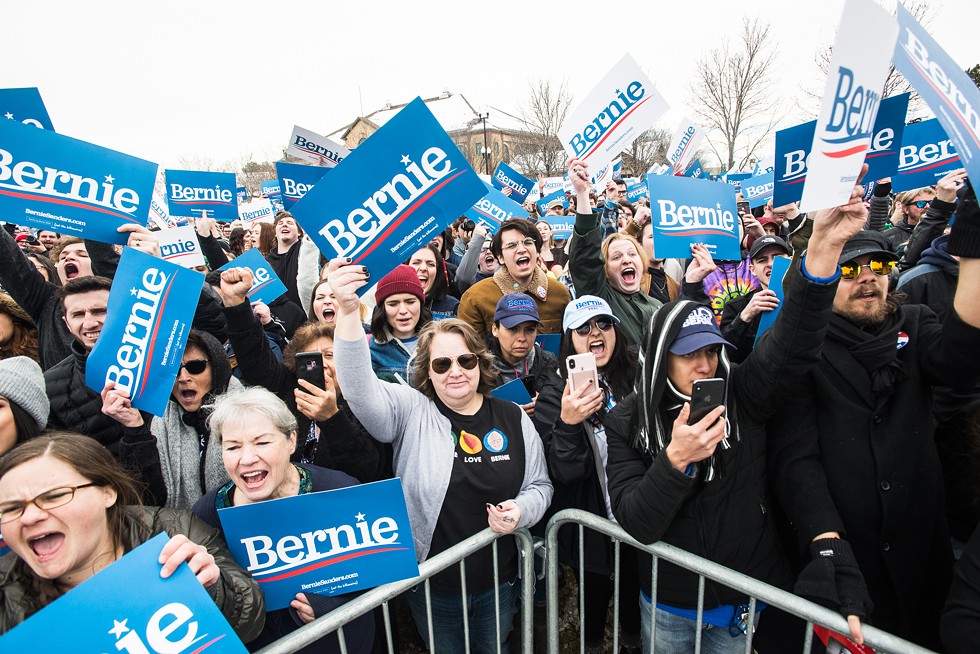 True to his grassroots self, Sanders also underscored how all civil rights movements didn’t consist of a single group. Every movement—from women’s suffrage to desegregation to LGBTQ+ equality—he said, has required the work and cooperation of millions.

“The only way we address these problems is when we stand together,” he said. “My family has got to care about your family.” 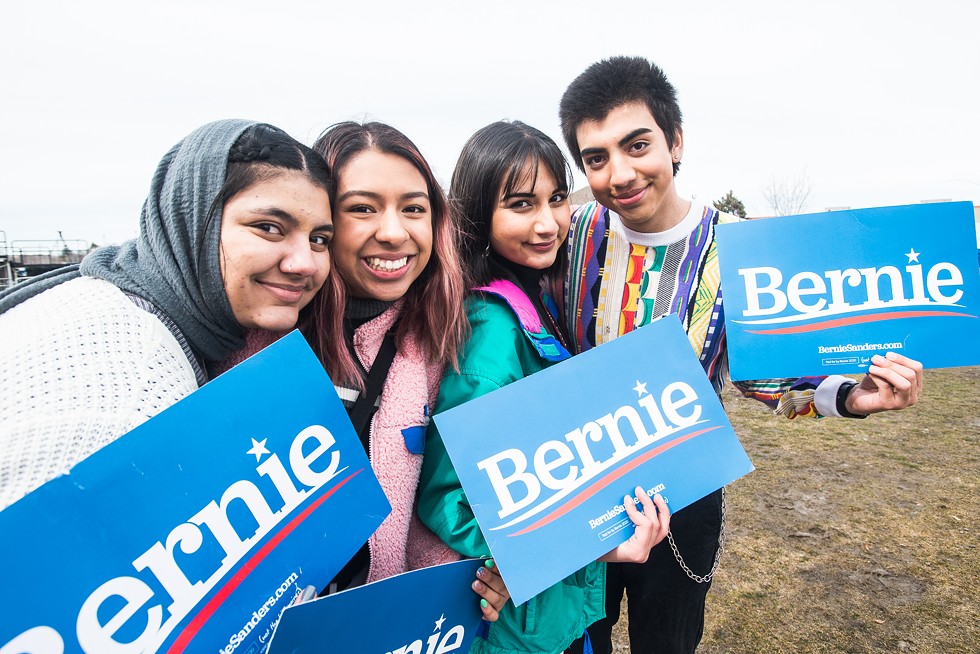 Supporters at the rally reflected that message of diversity, and came from a myriad of social, economic and ethnic backgrounds.

Zoë Jarrard, an adoption coordinator at the Humane Society of Utah, said that it was 78-year-old Sanders’ integrity that sold her. “He’s been fighting for these things his whole life,” she said.

Zaynab Salin, a high schooler from Midvale, who attended the gathering with her friends, called it “amazing, empowering, especially for younger people.”

Salin said she's not bothered by Sanders’ age or race. She cares about the policies he champions and the diversity of his supporters. “Today I looked around and was able to see so many diverse people, from white old men to a 15-year-old in a hijab,” she said “That’s what amazing about Bernie Sanders, is he’s able to bring everyone together. His ideas aren’t radical; they’re progressive.”

The groundswell could prove to be a case of history repeating. During the 2016 Utah Democratic caucuses, Sanders took 27 convention delegates versus Hillary Clinton’s 6, and got nearly 80% of the vote. This time around, he’s experienced primary victories in Iowa and New Hampshire, and a loss in South Carolina. Going into Super Tuesday, the once crowded presidential field is dwindling, with Pete Buttigieg and Amy Klobuchar closing up shop over the weekend, and opting to back former vice president Joe Biden.

Downed by cheers, Sanders closed his remarks with a call to arms ahead of Tuesday’s vote.

“Let us win Utah,” he said. “Let us win the Democratic nomination, let us defeat Trump and let us transform this country.”