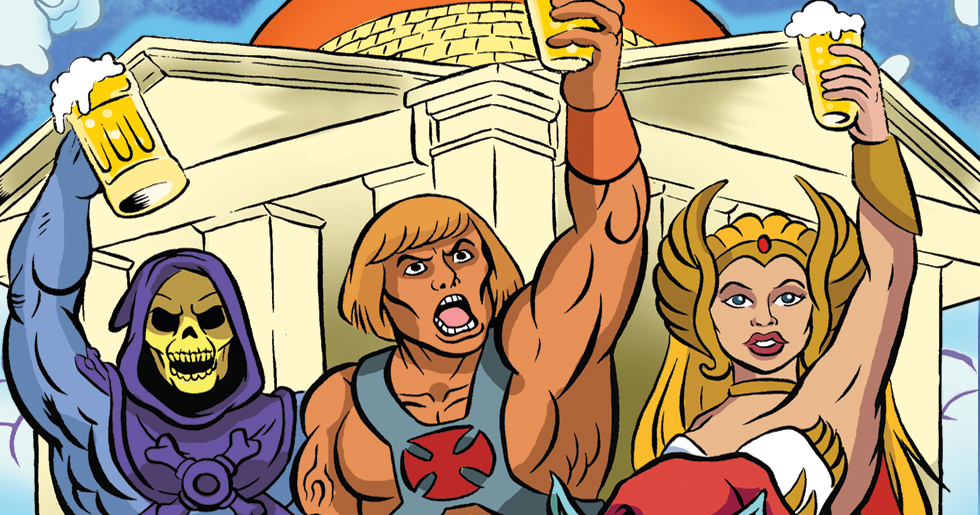 Brews, glorious brews! As anxiety over the precious few remaining days of summer rises, so do temperatures (what global warming?) and the need for a tall one—or seven. Luckily for everyone in the realm, this year's Utah Beer Festival—happening over two days, Aug. 18 and 19—is here to deliver the frosty goods.

Fabulous secret powers were revealed to our publisher the day he held aloft his magic pint and said: "By the power of the DABC, what Utah needs is a damn Beer Fest!" A small intervention (and some serious planning) later, City Weekly's fantastic beer bash is the largest in the land, and nearing its 10-year anniversary, an unlikely success story that keeps the thirsty masses coming back for more.

Taking a page from that defiant spirit, we've put together this ode to all things local beer—from an investigation into aluminum tariffs that have many brewers shaking in their cans to a look into the market's more design-forward ales and a follow-up exposé on the disturbing #FakeBeer trend.

We also asked staffers and contributors to cull from their earliest, darkest beer-drinking memories. The result is a cautionary tale filled with boozy bomb shelter-digging, ruined bathroom fixtures and a failed attempt at hair-lightening only an enabling grandma would tolerate.

With craft beer quickly gaining terrain across the land, we also tip our Power Sword to the fairer masters of our hoppy universe. Namely, those She-Ras behind Hop Bombshells—Utah's only all-women homebrew club. Along the trek, we dive into the benefits of wood barrel-aged beer, pen a love letter to the ultimate beer sidekick, pretzels, and speak to the mastermind behind the state's next brewery sure to make a sudsy splash.

By the power of Grayskull, we have the lagers! (and the sours, IPAs, stouts, pilsners and saisons, too).