Best of Utah 2019 | Our 30th annual ode to the people, places and businesses that make life in the Beehive State great. | Best of Utah | Salt Lake City 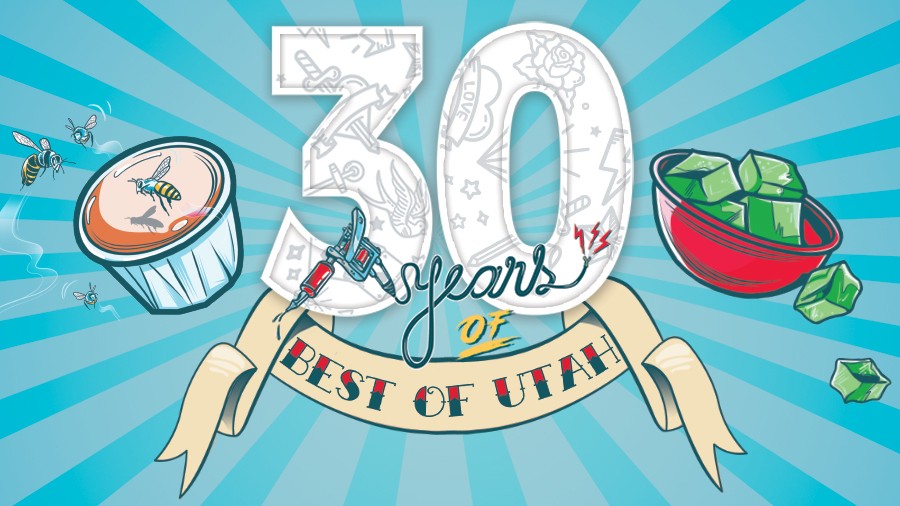 Thirty years. Doesn't it go by in a blink? It seems like yesterday when City Weekly unleashed its first-ever Best of Utah issue onto the masses. Publications like it across the country had become famous for their best-of-the-city countdowns, but to celebrate the people, places and everything else that make an entire state great, was quite the undertaking.

That first go, released back when the Weekly went by Private Eye, was the publication's biggest yet at a whopping 32 pages, and featured an introduction by publisher John Saltas announcing a complete paper redesign (now with color pages!). It also noted how, around issue 16 of the paper's history, the family had grown with the arrival of its first offspring, Pete. Weekly matron Paula Saltas, the boss was quick to point out, returned to work by issue 24.

The publisher's intro went on to mention how "through thick and thins, [the paper] remains deeply committed to providing alternative views and a quality product for the Wasatch Front." To competitors and detractors, there was also a promise: We still had a "few more punches" up our sleeve.

Throughout seismic industry changes, that pledge still holds water—and this monster of an issue is proof. Our scrappy Weekly picked up 19 journalism awards this year (including three national ones), Baby Pete now serves as director of operations, Paula is still among the cheeriest faces in the building (especially when bribed with Reese's Peanut Butter Cups) and through health concerns and the perils of loving a fickle industry that never quite loved him back as much, John still leads the charge.

Our maiden Best of Utah issue boasted 350 ballots returned for its Readers' Poll. This time around, some 10,000 of you cast 123,527 unique votes across 150 categories. Best Coffee Shop was our most popular category with 2,231 caffeinated votes, followed by Best Radio Station and Worst Utahn. (Notable entries in the latter include "me," "the person who thought it was a good idea to tear up Utah County I-15" and "My son's wife—yuck."

In the Best Thing We Forgot category, one voter penciled in "My Boyfriend's Dignity—he lost it at Cheers to You," while another threw "Best Quiet Spot: Brigham Young's grave" into the mix. Midway into the questionnaire, one simply stated "This is tiring." We get it. Patience can run ragged when aiming to be as all-encompassing as possible—just ask our rag-tag team of writers.

To keep the collective sanity, we let them run wild in the Staff Picks section, where our insightful contributors tipped their hat (216 times over) to some of the Best the Beehive State has to offer. From a nod to a West Valley-based rapper on the brink of stardom to a Close Encounters of the Third Kind-approved Cedar City campground and the most colorfully dressed mayoral candidate Salt Lake City's ever seen.


In the end, we hope you hold onto this very special issue and recognize the insight, love and defiance that, true to its first iteration, still runs through its pages. Brewers, students, activists, servers, Utah natives, fresh transplants and everyone in between—this issue is for all of you. Yep, even you, yucky daughter-in-law.