"As the new mayor of the capital city, I promise improving our air quality will be at the core of every decision and policy we make."

February
Seventeen-year-old Abdi Mohamed is shot by Salt Lake City police in Rio Grande. It was the third "use of force" incident by SLC police that year:

"I had a serious conversation with Police Chief Brown and members of his team to review details about each of these incidents, including a discussion on training and whether de-escalation efforts could have been implemented."

March
Public Service Director April Townsend resigns after a month on the job. She had replaced 35-year-veteran Rick Graham, who the mayor fired:

"April is highly qualified and an excellent choice to lead the Department of Public Services, but this department requires enormous commitment and responsibility from its director. April expressed to me a need to devote more attention to other areas of her life."

May
The city commits to doubling its solar-powered operations from 6 percent to 12 percent:

"We are thrilled to align with Subscriber Solar and invest in clean, carbon-free energy to better serve our community."

June
To offer temporary relief to the homeless, the city establishes a number of mitigation measures:

"These recommended projects will provide some short-term relief to individuals experiencing homelessness, while we continue to move forward with our longer-term plans to provide homeless services."

July
Biskupski shuts down a sincere questioner at a forum meant to repair relationships between police and the public:

"I don't want this to be an intimidation that is occurring."

"When this was first proposed to me by our finance team, it sounded like a win-win for everyone involved."

"We need to put strong action behind our pledges to clear our air and address the threat of climate change."

October
Biskupski airs frustration to The Salt Lake Tribune editorial board regarding a budget spat with the City Council. The council moved monies earmarked for the redevelopment agency to pay for housing projects:

"It all just unraveled in front of us. The decisions that were being made were random."

"Members of Native American tribes in Salt Lake City are rightfully concerned about the Dakota Pipeline's impact on sacred cultural sites, as well as climate-change issues caused by a new project devoted to more burning of fossil fuels."

"The sites we are announcing today represent more than just land; they are spaces of hope for those in need." 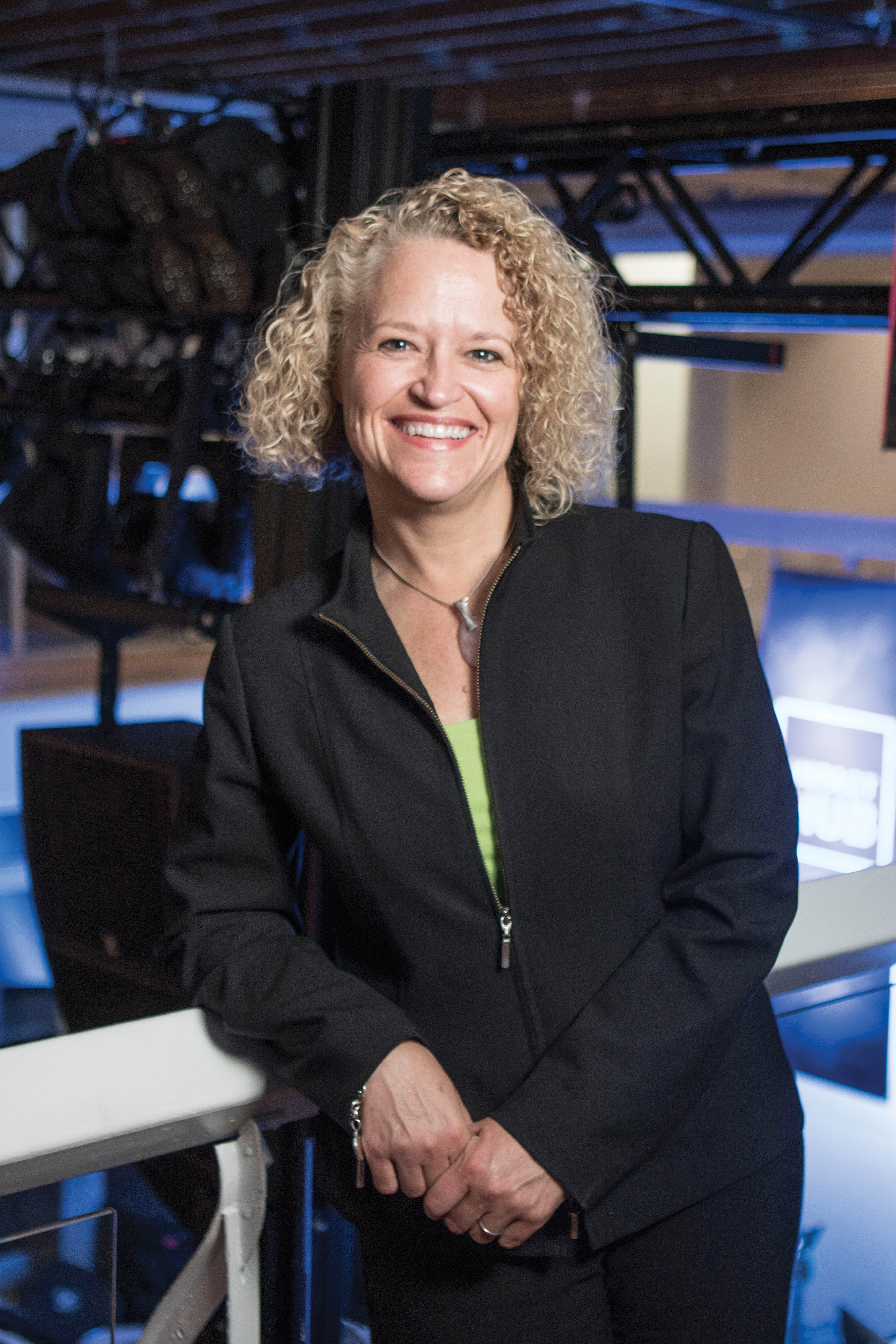 "We already have 'everyday' experts, and it's time those of us at the top listened to them," she said in her State of the City address.

But several top city employees were never provided that chance to listen. Before stepping into office, Biskupski asked that all but a couple department heads tender their resignations. Several opted instead to leave before her swearing in. This supposed purge, she told City Weekly at the time, was a means of ensuring city officials were on the same page.

Former Mayor Rocky Anderson, who supported Biskupski on the campaign trail, was livid. Had Anderson known then that "she was going to fire so many world-class city employees and completely fail to replace them with anyone that had remotely the same education or experience in the field," he never would have championed her campaign.

Matthew Rojas, the mayor's communications director, argues that Biskupski's process was more nuanced than she's been given credit. Instead of firing public employees, he says, the mayor interviewed each to determine whether they adhered to the team's common vision. Department directors were expressly told they wouldn't necessarily lose their jobs. And about half of the cabinet heads were retained after Biskupski interviewed them. Since then, a couple of more have left for other jobs or retired, Rojas adds.

"The team that has been put together is a great team," he says. "All people who were new or elevated had to be confirmed by the council, and every person was confirmed unanimously by the council."

But Anderson says Biskupski created a vacuum of institutional knowledge.

Thus began Biskupski's tenure in office, a bold proclamation that drew sideways glances and pointed comments. Her first year was bookended with more controversy when the city shocked four neighborhoods by revealing they would house new homeless shelters.

Still, the mayor's office offers a litany of successes in 2016, from securing a new UPS hub and 1,500 jobs, to switching to a more efficient and collaborative 911 model. Members of the community certainly congratulated Biskupski throughout the year.

"It had an immediate and visible impact upon Rio Grande Street and 500 West," he says.

And true to her campaign platform, Biskupski committed to improving the foul air quality. Several days each year, the valley sky is gray and bleak with pollutants. Toxic air has been cause for concern for several years and politicians uniformly agree it's a problem. This summer, the city passed a resolution pledging to run off 100 percent renewable energy by 2032, and reduce 80 percent of its carbon emissions by 2040.

"This is probably one of the things the mayor is most proud of this year," Rojas says.

Heal Utah Executive Director Matt Pacenza agrees. "That's a welcome and ambitious and exciting initiative with the mayor and her staff," he says. "I do think in the environmental arena a lot of great stuff has happened."

Salt Lake City also renegotiated its franchise agreement with Rocky Mountain Power a few months later. Instead of a 20-year contract, however, the new agreement will expire in 5. The shorter contract allows the city to evaluate and update the agreement in a manageable time frame.

But the mayor's first term has undergone plenty of shaky moments beyond turnover and issues related to homelessness.

In February, 2016, police shot 17-year-old Abdi Mohamed for allegedly beating another man with a stick. Mohamed denied the allegation, saying he carried the broomstick for protection. Despite requests for the police-cam footage, it has not been released to the public.

At the time, Biskupski encouraged Police Chief Mike Brown to meet with a community board to mollify simmering tensions.

But when investigators announced in August that the shooting was justified—even while an oversight board determined police broke protocol—a protest descended on City Hall. Demonstrators called for the ouster of Biskupski—for not taking a stronger stand against the police—and District Attorney Sim Gill.

The latest uproar, however, is one that could resonate for years to come. The marquee moves in her inaugural year will likely refine the landscape of Salt Lake City's oft-maligned Rio Grande neighborhood. If the city is successful on a path of reform, it will indelibly alter homelessness downtown.

The Road Home shelter—which sleeps more than 1,000 homeless—sits on Rio Grande Street, an area that has devolved into a hotbed of drugs and crime. It's a place with criminal infiltration, where drug pushers have embedded themselves among the most vulnerable. As a result, this ground zero for the destitute has been a prickly thorn in the sides of neighborhood businesses and any politician within earshot.

Speaking in a lilting yet authoritative cadence, Biskupski took to the microphone at a mid-December press conference and asked the public to accept that the city was making a difficult decision it believed would lead to a better solution for the homeless.

"Today is an important day in Salt Lake City, a day which I ask everyone to have the courage to acknowledge the harsh realities we face in the Rio Grande neighborhood and to support us so that we might transform the future for that neighborhood and the people who will and currently are experiencing homelessness," she read from a prepared speech.

Despite Biskupski's request, the response from those a stone's throw from the new sites has not been pretty.

Highest on the list of residents' complaints was that they weren't allowed to weigh in on where the sites should go. The city moved on a decision without public input. Rojas says the mayor and council members were willing to take a political hit rather than pit neighborhoods against one another. "They didn't believe that would be a productive conversation," he says.

A steering committee gathered input from the public to develop a rubric for the new sites. "The No. 1 criteria was that the new sites not be conducive for drug trade," Rojas says. "The public basically told us that public safety was No. 1."

When asked about neighborhood vitality and what she expected from the unhappy residents that reporters were bound to find and interview, Biskupski responded in a peeved plea that the media try not to root out controversy.

Rojas acknowledged a backlash of grief. Some interpreted the mayor's words to be chastising reporters for refusing to function as a mouthpiece on behalf of the mayor and the city. But he refutes that interpretation. The news is hyperfocused on Rio Grande, he says, which leads residents to believe the same broken system will be operating near them. But the city is doing what it can to avoid replicating that antiquated model. The new shelters will offer daytime resources, thereby preventing residents from milling in long lines outside the shelter, like they do now.

"What she's really thinking is that there are things that could work rather than only thinking of the negative things that we're trying to change," he says. By way of example, the mayor points to the Y.M.C.A., which offers services and housing without bothering its neighbors.

As for her relationship with the media in general, Rojas says what can come off as guarded boils down to time, or a lack thereof. Biskupski reads every resolution and ordinance, according to Rojas, and she prefers precision rather than quick "victory laps" when interacting with media members.

Anderson, who served as SLC mayor for eight years, doesn't buy it.

"Who's too hard-working that they can't take a call from members of the media?" he asks. "I worked my tail off when I was there. I worked there basically seven days a week and still made time to talk to reporters."

Attending to a family emergency in Minnesota, Biskupski was unable to speak with City Weekly for this article.

Standing in the cold last January, the same month she asked for department leaders' resignations, Biskupski assured to empower city employees, to visit the offices, garages and service stations. "While I may not get my hands as dirty as some of you," she said, "I can assure you this is a hands-together administration."

That promise, she said, was one she intended to keep for the next four years.