'The State of Our City Is Strong' | Buzz Blog

'The State of Our City Is Strong'

Leading off her second State of the City address, Mayor Jackie Biskupski said homelessness is not a one-neighborhood burden.


Meanwhile, residents from Sugar House protested the city’s decision to put a homeless shelter in their neighborhood. They picketed outside the Marmalade Library, where the mayor delivered her speech Tuesday night.


“It’s the wrong place to put a shelter, everybody knows that,” said John Begay, who held a handmade “Biskupski should resign” poster. He supported the mayor before she took office, he added.


Standing beside Begay, Diane Neeley blasted the city for narrowing down the site locations without soliciting input from the public.


Biskupski said after her speech that she regrets the way the city communicated the plan.

In December, the city proposed four new homeless sites spread throughout the city. The sites will have up to 150 beds max. They will also be tailored to specific populations, such as women and families.


The county is partnering with the city and the state to ensure health resources be made available to the homeless population, with transition into permanent housing being the ultimate goal.


Many homeowners, however, felt blindsided by the announcement, particularly those living near 653 E. Simpson Ave.—the most residential of the four sites. They expressed concern that it would transform their neighborhood into replicas of the Road Home shelter in the Rio Grande district, which was overrun with drug activity and blight.


But Biskupski says this is precisely where the city missed its mark.


“I understand their concern because the only thing they can picture is what’s going on at the Road Home today,” she said. “So I understand that. But I just want a chance to show you what this is going to look like and how it will be so different and how it will not ruin neighborhoods, that it will help people move on and become contributing members of our society.”


In response to criticism that the decision was made behind closed doors, the mayor and others officials have said they wanted to avoid neighborhoods battling with one another.


During her address, Biskupski heaped praise on last year’s Operation Diversion—police action that offered treatment in lieu of prosecution for many homeless suffering from addiction. Drug pushers who preyed upon vulnerable homeless people were not offered deferment.


Biskupski also focused on changes in policing. Chief Mike Brown, she said, dispatched more beat cops into city neighborhoods. “This shift has resulted in an 8 percent drop over the past year in homicide, sexual assault and armed robbery,” she said. “This is a move in the right direction in our fight against crime.”


A Community Activist Group has opened the door for transparency and oversight in the department.


Biskupski mentioned her proposal to hold off releasing bodycam footage for six months. The city is currently collecting input from the public on this policy—one that Biskupski deems a compromise. It was announced about a week after District Attorney Sim Gill made public footage depicting the non-fatal shooting of Abdullahi “Abdi” Mohamed last February.


“Only a few generations ago, refugees fleeing religious persecution come to this valley to start a new life for themselves. They built a new home to live and pray as they saw fit; a new place to build opportunity and hope for the future,” she said, adding, “We are, and always will be, a welcoming city.”


She then introduced three refugees—Tina Benj from Sudan, Galina Urry from Ukraine and Fatima Dirie from Somalia—who work or volunteer with the city.


Biskupski also touched on the city successfully attracting businesses, including a UPS hub in the northwest quadrant; the city’s pledge to use only renewable energy by 2032; and the city’s plan to invest in affordable housing.


The mayor recognized the fire department as well, and specifically commemorated Tyson Mason, a firefighter and paramedic who died in a car crash on Jan. 22.


You can read the mayor’s speech in its entirety here. 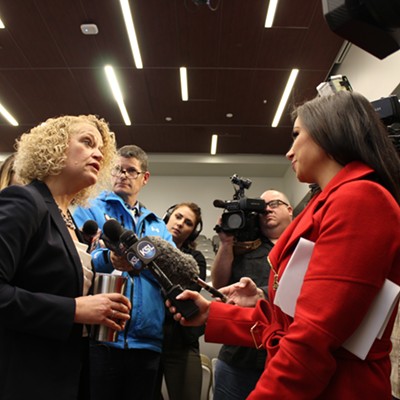 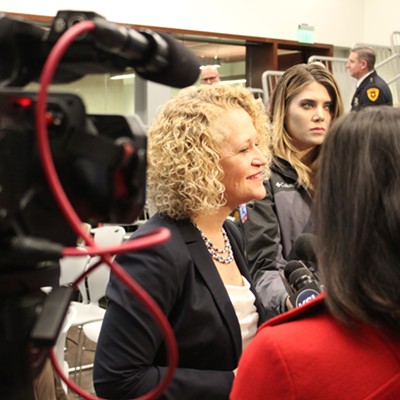