The undertaking to prepare for the 2020 census in one word? Massive. 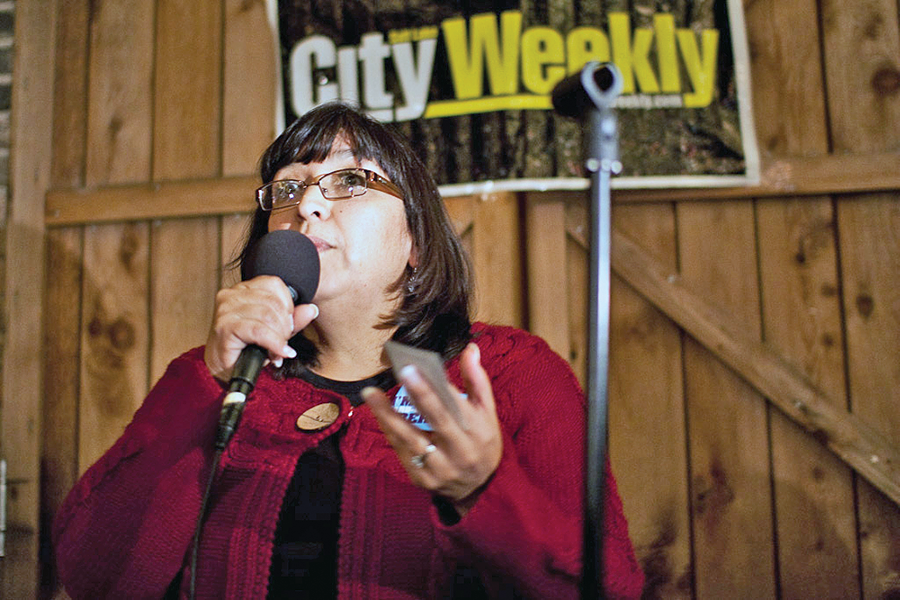 The presidential election isn't the only event of national importance next year. There's also a decennial census, a Constitutionally-mandated count of all persons living in the U.S., regardless of age or immigration status. The survey's impact is wide-ranging: It determines Utah's Congressional representation and the funding the Beehive State receives for a slew of federal programs—from Medicaid to Section 8 housing choice vouchers; affects the amount of federal loans that University of Utah students receive; and can hurt Utah businesses that benefit from government business and industry loans.

"The census provides us with critical information about the makeup of our community, and also directs millions of dollars of funding back into our communities, and that's why it's important for people to respond," Jake Fitisemanu, a West Valley City councilman, says. Many Utahns who pay their income taxes also reap federal benefits, like Medicaid or Medicare, Fitisemanu adds, or their communities are helped by the federal money allocated for transportation and education-related measures. "A lot of these big programs, these are census-directed funds that come back to our state, depending on the count from the census."

Even though the American Community Survey yields annual information on the U.S. and its residents, the census provides a baseline that's built upon for the next decade. "And so if we don't get this right, it messes up the data, in my opinion, for years to come," retired state lawmaker Rebecca Chavez-Houck says.

"We need a good baseline count and if that chills the response rate, then we don't have as good data." —Fmr. Rep. Rebecca Chavez-Houck click to tweet

Expect a letter in your mailbox sometime around March 2020. "Everyone with a typical mailing address is going to receive a postcard inviting them to respond to the census," Mallory Bateman, the state data center coordinator at the Kem C. Gardner Policy Institute, says. Census Day 2020 will be on April 1, but people are encouraged to participate a week early, when the feds will open an online portal where respondents can enter their information. "It's kind of like early voting," Bateman explains of the first-ever online response option. "You can get in ahead of the rush."

If residents don't respond by the April deadline, Bateman says, the Census Bureau will consider them unresponsive, and will send follow-up letters to their homes. "If they haven't heard from you by a certain number of mailings, then someone will come to your door."

Bateman says there are a multitude of "complete count committees" at the state, city and county level, the most local of which are "more focused on outreach, [and] interacting with community leaders and trusted voices in the community to try and build a more grassroots information network."

Fitisemanu's census involvement underscores just how much cooperation the survey requires among different-sized governmental entities in order to get as close as possible to an accurate count. He serves on complete count committees for the state and Salt Lake County, as well as the National Advisory Committee for the U.S. Census Bureau. Administering the census is the country's largest civilian mobilization effort, requiring the hiring of hundreds of thousands of people, not to mention public servants who work in local and state offices across the country and help the federal Census Bureau prepare for its big day.

"It looks like the undercount problem has become a bigger problem over time," Matthew Burbank, an associate professor in the University of Utah's Department of Political Science, says. He has a few theories as to why. One involves an increase in the number of people who don't think the government should have access to any of their personal information. Another is a proliferation of undocumented immigrants who are unwilling to respond—the number of unauthorized migrants rose from 1990 until 2010, the year of the last census, and has since declined—despite that there are no negative repercussions to filling out the survey. Bureau members could face up to a five-year prison sentence and a $250,000 fine for violating respondents' confidentiality, and government agencies or courts cannot use personal information against those who answer the survey.

"There's also, some sense, just the way people live and how busy they are, that too can contribute to undercounting because people aren't as attentive to something as filling out a census as they are to filing their taxes," Burbank says.

Utah's response rate during the past census was 75%, according to a video made by the Gardner Policy Institute. Concerns abound that the upcoming census will result in yet another undercount. It will be the first that will be conducted largely online, potentially posing a challenge for rural, elderly or immigrant Utahns, or Native Americans living on tribal lands, who do not have internet access. "People don't have to respond online," Bateman says, indicating there are alternatives for those who don't want, or aren't able, to e-file. "They still will have that paper option, or over the phone."

Another issue is the Trump administration's pithy budget request for the census. It's about $2 billion shy of what experts say they need for a successful survey. Bateman's worry is the Census Bureau will need to invest more money in following up with people who don't respond to the initial survey, a costly endeavor. Chavez-Houck, meanwhile, notes that the testing of the census' questions was not as extensive as years' past, due to funding issues.

"The fewer test runs you have then the fewer opportunities you have to adjust and recalibrate your strategy," she warns.

Perhaps the most publicly known threat facing a complete count is the Trump administration's plans to ask respondents if they are U.S. citizens, a decision the Supreme Court will be mulling over until the summer. A study conducted by Harvard researchers cautions the citizenship question could lead to an undercount of up to 4.6 million Hispanics.

"There's a lot of fear out there. People come from mixed status families, and what we are hearing is they don't even want to touch the census because of the political environment that we're in," Ze Xiao, the director of Salt Lake County's Office for New Americans who is also coordinating the county's census efforts, says. Xiao adds that even people who are in the U.S. legally have indicated they don't want to fill out the census, "in solidarity with their immigrant neighbors and friends."

An elected official in the minority-majority West Valley City, Fitisemanu plans on telling immigrants wary of filling out the census that he shares their unease. "I would tell them their concern is valid, but that the benefits we get from a complete census count can benefit our communities, and that's still a worthy reason to participate," he says.

Chavez-Houck acknowledges the American Community Survey asks a question about citizenship, but the census is too important to include a question that respondents are wary of answering. "We need a good baseline count," she says, "and if that chills the response rate, then we don't have as good data"

All these potential pitfalls have rallied people like Bateman, Fitisemanu, Xiao and Chavez-Houck to start gearing up for 2020. Xiao says the county has a four-prong approach to ensure the census count is accurate: updating address lists so those who don't respond will receive follow-up prods; coordinating with local, state and national efforts to ensure resources are maximized and aren't duplicated; forming subcommittees within the Salt Lake County Complete Count Committee; and engaging with and informing local residents.

"From now to December, we're really just doing education, education, education in the community," Xiao says. They're also coming up with strategies to connect with "hard-to-count communities," she says, which at the county level includes new Americans, senior citizens and children under the age of 5. "The outreach and the education is so extremely important right now."

Efforts from city and county officials are crucial, Fitisemanu stresses, because the Legislature failed to provide any funding for census efforts, and the feds haven't allocated as much money as those surveys conducted under previous administrations. "This is not business as usual. This is not the 2010 census," Fitisemanu says. "Because of the census-related policy and funding decisions that have been made, cities and counties will have to pick up the slack due to the lack of resources allocated by the state and the federal government."