Par For The Course

Utah's attorneys general, past and present, learn the high cost of a free golf vacation


California Schemin’
A political insider and a convicted felon host the former attorney general at a luxury resort, hoping to win him over.

It could be a lead-in for a joke: A Utah attorney general, his fundraiser and a political toady travel to a posh resort in Newport Beach, Calif., where their fun-in-the-sun trip is allegedly paid for by a white-collar criminal. While it sounds like a whopper of a tale told over a martini, according to receipts and invoices given to City Weekly, two of these bizarre wingdings really did take place.

In May and June of 2009, former Attorney General Mark Shurtleff and his then-chief fundraiser (now attorney general) John Swallow enjoyed vacations at the luxurious Pelican Hill golf resort. A Utah County political operative named Tim Lawson admits that he arranged the trips. As detailed in previous stories, Lawson’s friendship with Shurtleff enabled him to build a lucrative consulting practice, wherein he arranged for business owners with regulatory troubles to have access to Utah’s attorney general.

Lawson’s client at this time was a hard-money lender from Holladay named Marc Jenson. After fighting multiple securities fraud charges since 2005, Jenson accepted a plea deal in 2008 and agreed to pay restitution to a pair of men he’d allegedly defrauded out of $4.1 million in investments.

Jenson felt the AG’s office had unfairly targeted him, since a former business associate of Jenson’s—allegedly a supporter of Shurtleff’s—had complained about him directly to Shurtleff, who Jenson claims then directed his staff to investigate and charge him. Jenson felt burned by his former associate and hired Lawson to help him repair his reputation with influential members of government, including Shurtleff.

Roughly a year after he accepted his plea deal, Jenson played host to Shurtleff, Lawson and Swallow in California.

Marc Jenson is now in prison for violating the restitution terms of his 2008 plea in abeyance. Serving a possible 10-year prison sentence (of which he has now served 21 months), Jenson spoke to City Weekly because he feels he was exploited by the Attorney General’s Office. He offered copies of invoices and receipts that show the Utah men did stay at Pelican Hill as his guests. He says Lawson made numerous visits to the resort, including two trips when he brought along Shurtleff and Swallow. Swallow himself took a third trip to Pelican Hill, without Shurtleff, bringing his wife along instead.


How They Remember It
Each person recalls the junkets differently. For Tim Lawson, the trips were primarily for R&R, but it was also an opportunity to bring Shurtleff and Jenson together.

Lawson insists he paid for the trips—which included several nights in an exclusive villa, golfing and dining—since the lodging and dining charges were a perk Lawson earned for his consulting work for Jenson.

For Shurtleff, Lawson says, the trips were a vacation where he could work on his historical novel, Am I Not A Man? The Dred Scott Story, and relax before he pushed ahead on what turned out to be a short-lived run for U.S. Senate.

Shurtleff is now a private attorney with the law firm of Troutman Sanders in Washington, D.C. He declined to be interviewed for the story but did say he was told the expenses at Pelican Hill were paid for by Lawson. “I never received any compensation, remuneration whatsoever from anyone or any company during my 12 years as A.G.—period.”

Jenson recalls that he met Shurtleff at the resort a few times, including for dinner. He also remembers that Swallow and Lawson discussed holding a fundraiser for Shurtleff’s Senate campaign at the California villa, but Lawson denies any fundraising took place.

John Swallow declined to comment for this story, although Lawson says Swallow was just there for a vacation. “[Swallow] could be there taking bribes or doing whatever he wants to, it doesn’t matter—he was a private citizen,” Lawson says.

In 2009, Swallow was not a state employee, so he was free to enjoy an all-expense paid trip with no concern over impropriety. All the same, Jenson says he thought it was important to court Swallow because he had been told that Swallow was Shurtleff’s “heir apparent.”

Work For a Fixer
Marc Jenson’s problems with the Attorney General’s Office go back to 2005, when the office first filed charges against him. Jenson claims a jilted business partner helped trigger what he calls a biased investigation on a deal he’d helped orchestrate that fell apart. The deal involved acquiring loans from several lenders to help a business partner make a bid on the Wisconsin-based Mongoose bicycle company.

Back then, Lawson says, Shurtleff was no fan of Jenson’s. “Shurtleff tried to tell me for a year and half that [Jenson] was a bad guy and that I needed to get away from him,” Lawson says.

That initial cold shoulder warmed after Lawson took Jenson on as a client. Jenson says Lawson worked for him starting in late 2007 or early 2008 and continuing through late 2009.

For roughly two years, Lawson says, he worked at trying to improve Jenson’s credibility with state officials and others. Overall, Lawson estimates, he was paid “a couple hundred thousand dollars … give or take.”

Jenson says Lawson invited himself and his guests—Shurtleff and Swallow—back for a second visit in June 2009 when Shurtleff and Swallow stayed four or five days at Jenson’s $1,200-per-night villa. Lawson insists he covered the group’s expenses, but documents show that some expenses were charged directly to Jenson’s account, such as a $470 golf and caddy package receipt dated May 5, 2009, which named Shurtleff as the guest and was billed to Jenson’s account.

Even though Lawson acknowledges he was working on Jenson’s behalf—including helping Jenson with his problems with the state—he insists there wasn’t a conflict of interest, because Jenson never gave money or funds directly to Shurtleff. Jenson does say that while the group was in California, he arranged to have Shurtleff meet a number of wealthy associates of his, though he could not say affirmatively if they donated to his campaign or not.

So, did Marc Jenson get what he paid Lawson for? Jenson says that on the few occasions he met with Shurtleff at the resort, including for dinner, “I was implicitly promised and guaranteed protection—that’s what I expected.” Jenson says Shurtleff claimed to have national connections that could help Jenson if he got in trouble in California. Jenson says Shurtleff noted that if he were elected to the U.S. Senate, “it would be even better” for Jenson.

Shurtleff would not respond to Jenson’s claims. “Keep in mind of who you’re talking to and what we prosecuted him for,” Shurtleff says.

The Hollywood Connection
When he visited the resort with Shurtleff and Lawson in May and June 2009, John Swallow was a private citizen and had not yet been appointed the chief deputy of the Attorney General’s Office. He was Shurtleff’s campaign fundraiser, however.

Swallow visited the resort a third time with his wife in July 2009. His signature appears on a June 6, 2009, receipt for $228 on Jenson’s account for a “terra-stone massage”; in July, when he brought his wife, documents show they received two massages at the resort worth $456 combined, also charged to Jenson’s account.

“Lawson and the Swallow guy, they wanted me to host like a fundraising event for Shurtleff in Orange County and include some show-business people to come [the event],” since the villa often courts Hollywood celebrities and since the men knew Ruffino had previously been the president of the Orange County Film Commission, Ruffino says.

“There was no talk of fundraising,” Lawson says. “The only things we talked about were family, fun, golfing and Mark’s new book.”

Shurtleff dropped out of the Senate race in October 2009. In December of that year, Swallow became the chief deputy attorney general. After Shurtleff was no longer in the running for the U.S. Senate, Jenson says, Shurtleff distanced himself from Jenson.

Around that time, Jenson says, he stopped paying money to Lawson, because he felt that Lawson had stopped being useful. But when he stopped making payments, Jenson says, Lawson threatened to use his connections to have him thrown in prison. When asked about that claim, Lawson would only respond by saying, “He’s in prison, and there’s a reason why he’s there.” 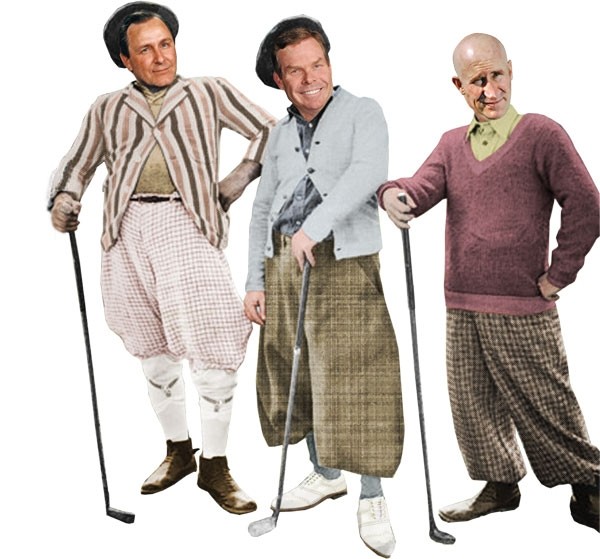 Unhappy Customer
In 2011, Jenson faced a tough sentencing when he had not paid the court-ordered restitution. Jenson did attempt to offer his two victims a home in Sun Valley, Idaho, but the deal was rejected, as the home, once valued at $8 million, had become indebted and lacked equity to cover restitution.

At his Nov. 4, 2011, sentencing hearing, the Attorney General’s Office showed that Jenson had spent $9 million, living a life of luxury, during the time he was supposed to be paying restitution. Jenson says he’d spent the time trying to advance the Mount Holly ski development, where he hoped to turn an old resort in Beaver into a $3.5 billion luxury resort and development. When that deal fell through, the state charged Jenson and his brother with multiple counts of securities fraud on the Mount Holly case.

While Jenson says he’s an “innocent man who’s spent 20 months in jail,” he feels he was targeted by the attorney general’s office and admits he is guilty of getting too close to Swallow, Shurtleff and Lawson.

“I gave money to Tim Lawson because he was very close to Mark Shurtleff and John Swallow, and because Shurtleff told me Swallow was his hand-picked successor,” Jenson says.

Lawson says Jenson is simply trying to push blame off onto others, citing his inability to pay restitution as proof of his character.

“He gave the judge a promise to pay, and it was like four years, and he never paid one penny! So he went to prison, that was the deal he had,” Lawson says with a pause before adding, “Now, he always took care of me …”


Editor’s note: This story first appeared on CityWeekly.net on May 8, 2013