Good to Be Home | Buzz Blog

Good to Be Home

After months living in their car, mom and sons find stability 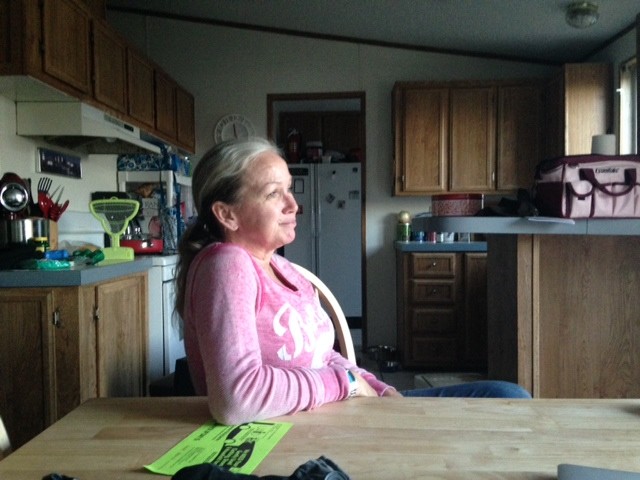 They slept each night in a Flying J parking lot with their two dogs in the late summer months of 2014, wondering when they would end their homelessness and find permanent shelter. The boys were starting a new school year, and Cordero had encountered only obstacles to finding somewhere to rent, despite having $1,500 a month in federal death benefits and several part time jobs.

City Weekly told the Cordero family story in September in "Wheels of Misfortune," which highlighted how difficult it was for someone who does not want to go into the downtown Road Home shelter to access services for the homeless.

Shortly after the story ran, Cordero saw an ad on KSL for a three-bedroom, two-bathroom manufactured home in West Valley City. She called the owner and he told her the rent was $1,100 a month. Unlike other landlords who typically wanted two months deposit down and had her pay a fee to fill out a form in order to apply, he was seeking only two weeks' deposit, partly because others had criticized him for not cleaning the double wide.

The former tenant, Cordero says, "did not practice the art of housekeeping very much at all."

Cordero signed a one-year lease Sept. 22, which would have been her father's birthday. "He always flipped houses when I was growing up," she recalls.

The first night sleeping in their sleeping bags on the floor "felt good. It's functional, it's cozy."

In those first euphoric days of returning to their new home, she and the children would call out, "We're home," or "It's good to be home," and relish the words.

Cordero contrasted moving into the West Valley home to "moving into your first house," particularly because it is akin to a "fixer-upper. We'll get it painted. We have over the winter to figure it out, do little things" for improvements.

The West Valley City subdivision is a neighborhood of starter homes, Cordero notes. "Don't have a whole lot of keeping up with the Joneses," she says, watching several birds in her back yard as they peck at the bread she put out on a log by what she calls "a white-trash fire pit." 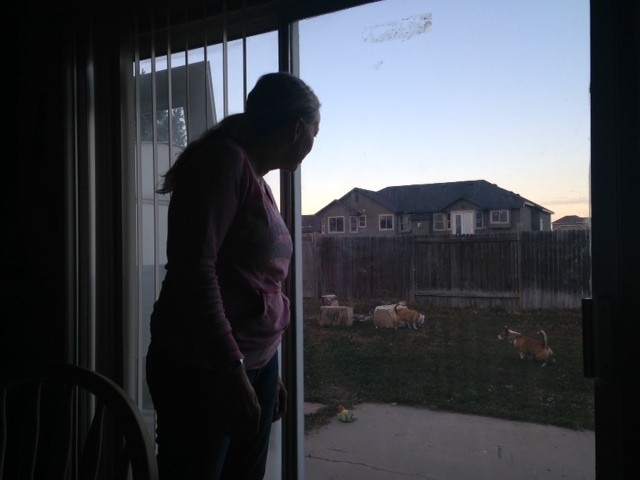 Her pale blue-gray eyes narrow as she looks across the yard toward downtown Salt Lake City. "I'm wondering if we'll be able to see the giant disco ball downtown," she says, referring to Salt Lake City's latest initiative to replace festive fireworks with non-polluting alternatives.

Her time sleeping in the car is something her youngest Casey wants to forget about. "Some memories are better to tuck away than keep in the forefront," his mother says.

But she doesn't want to put it behind her completely. She learned lessons, she says, "about how hard it is to come back, about all the pigeonholing the system does with people."

Cordero and her oldest boy, Austin, went to the opening of the No Fixed Address exhibition at The Leonardo, where the CW story was featured as one of numerous articles about homelessness in the Beehive State.

Among those who spoke at the opening was Lt. Gov. Spencer Cox, who talked about spending the night in the Road Home. Cordero found this impressive. "I wouldn't have slept a wink down there," she says. "I imagine a homeless center with a sign like 'abandon all hope ye who enter here.' It just seemed like something that never in a million years would have been a good fit for us."
The only thing she misses about  her time living in her car was a 7-Eleven on 900 West which she liked for the range of goods it carried. She has kept in touch with the friends and acquaintances she made at the Flying J parking lot, folks who, like her, called a vehicle home. One, Captain Jack, was hit by a car and killed while crossing the street.

She had a brief brush with the law when a West Valley City officer pulled her over for having expired plates. She explained about her recent bout of homelessness and how she had been unable to figure out how to get her car registered without having an address. The officer, she says, was both courteous and encouraging that she continue rebuilding her life.

A month and a half after moving in, the ease with which she finally found a home still surprises her. "It's a start, and we've all got to start somewhere," she says with a smile. "It's good to be home."