Group says cops, not 17-year-old who was shot, should be prosecuted.

A day after Salt Lake County District Attorney Sim Gill announced that a pair of police officers was justified in shooting a 17-year-old boy in February, about two dozen protesters gathered on Tuesday to decry the decision and demand that Gill and Salt Lake City Mayor Jackie Biskupski resign.

The subdued protest, which paled in size to one held days after Abdullahi "Abdi" Mohamed, who is black, was shot on Feb. 27, 2016, as he allegedly beat a man at the homeless shelter on Rio Grande Street, was nevertheless heated.

The protesters chanted “Black Lives Matter,” and some speakers insisted that Salt Lake City’s police force is a tool to uphold white supremacy. The general consensus among the protesters was that a pair of white police officers shot a black boy, and instead of prosecuting the officers, officials are seeking to charge Mohamed as an adult for possession and intent to distribute a controlled substance and aggravated robbery.

“Is that justice?” asked Hayven Friend Jackson, a member of the group Utah Against Police Brutality. To which the protesters answered, “No!”

While the protesters are undoubtedly upset at police, there appeared to be a disconnect between their version of events and the one that emerged on Monday when Gill announced that the shooting was justified.

Authorities say the two police officers were at the homeless shelter the evening of Feb. 27 to investigate a theft. They were alerted to a fight, and responded to find two people, one of whom was Mohamed, beating a man with metal poles. Police yelled for the men involved in the beating to stop. One of them obeyed and dropped the pole. The other, Mohamed, did not stop and was shot.

According to Gill’s investigation, the victim of the beating, identified in the report as “K.M.,” was looking to purchase drugs. He approached Mohamed and asked if he could buy a marijuana cigarette for $1.10.

Mohamed, the report notes, told K.M. that all he had was methamphetamine. At this point, the report says Mohamed demanded the $1.10. K.M. offered Mohamed a metal broom handle, which Mohamed then began beating him with.

In a May 2016 interview with City Weekly, Mohamed said he had gone to the homeless shelter to meet with friends. The boy, who has since turned 18, said he was forced to wield the broom stick to protect himself from a man armed with a knife. Mohamed said he heard police officers say “drop the stick,” and when he turned to face them, he was shot.

It was unclear how many of the protesters had read Gill’s report—as their repeated insistence that Mohamed was unarmed and not committing an act of violence stands in stark contrast to what authorities say occurred.

After the protest, Friend Jackson acknowledged she had not yet read Gill’s report, which indicates that Mohamed was indeed armed and causing violence.

David Parker, a member of the Salt Lake City Police Department’s Community Advisory Board, hovered in the background during the protest. As police Chief Mike Brown has worked to soothe tensions between anti-police brutality groups and the department over the past year, Parker, who is black, has often been at his side.

Asked his thoughts on the outcome of Gill’s investigation in the Mohamed shooting, Parker said he “respects the decision made by the DA.”

As protesters yelled into a microphone, Parker noted that Brown and the police department has been meeting with many of the groups present at the protest, and that “what I would say is we need to keep talking.” 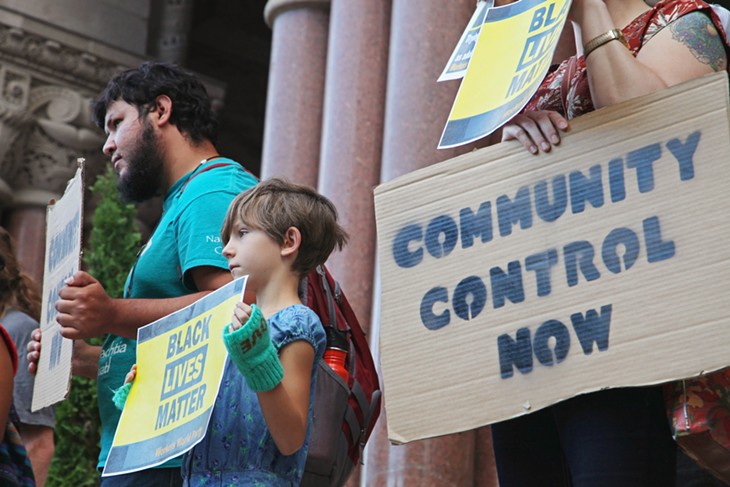 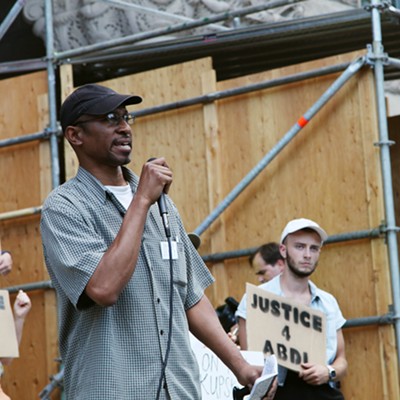 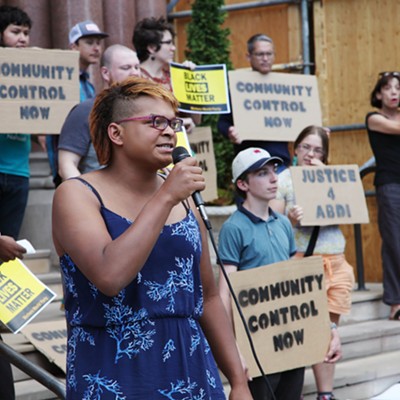