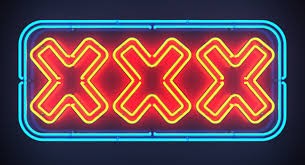 “I think that’s the real potential impact of this bill, rather than having a bunch of lawsuits that are filed and won,” Weiler told the committee. The panel passed the measure to the full House in a 8-3 vote.

Weiler maintains the extra protections are needed in the digital age.

Utah last year became the first state in the country to officially call pornography a public health crisis in a legislative resolution, which is symbolic and lacks the force of law.

“This is my followup to last year,” Weiler said. He says he wants to try to protect children, rather than tell adults what to do.

Weiler rejects the finding, pointing instead to other analyses that put Utah toward the back of the pack. And he notes other states also are joining the fight. Tennessee and Virginia have passed similar laws this year.

“We are a pioneer in the anti-pornography battle,” Weiler said.

The committee tweaked the bill before passing it on to the House. It removed a provision allowing the winning party in a lawsuit to collect attorney’s fees, saying it might prevent people from suing in the first place for fear of losing and having to pay large sums.

The bill awaits approval from the full House and governor.