Biskupski Brings Dabakis on Board 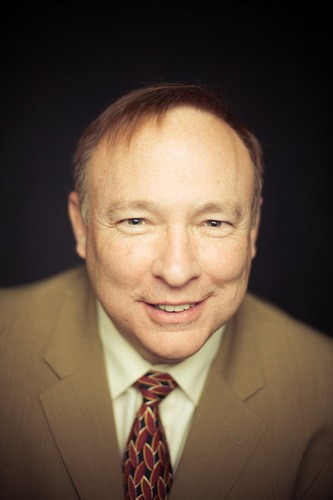 Initially, Sen. Jim Dabakis, D-Salt Lake, said “no-ish” to a UTA trustee assignment he now calls “one of the most important jobs he's been tasked to do.


Mayor Jackie Biskupski announced on Wednesday that she had nominated Dabakis to represent Salt Lake City on the transportation board, and replace 13-year-veteran Keith Bartholomew, whom she ousted in April. When The Salt Lake Tribune initially reported on Bartholomew's resignation, Biskupski's spokesman told the paper that she felt Bartholomew wasn't serving the city well.


UTA's history has been rife with black eyes, including allegations of mismanagement, a scathing 2014 audit and more recently, reports that the feds were investigating corruption allegations perpetrated by people with UTA ties.


Biskupski trusts Dabakis to be vigilant.


“My top priority was finding someone who could represent the people of Salt Lake City in an honest and forthright manner on the UTA Board,” she said in a statement. “Jim is well known amongst his peers and the public for his passion and his willingness to serve as a watchdog for the Utah taxpayer.”


In his own press release, Dabakis emphasized his intention to refuse any money or favors for his work. And he said he is doubtful that the agency has righted itself.


“UTA says it has turned the corner. Maybe it has. But like the public, I am skeptical, we have heard that before from UTA,” he said in a statement. “However, I promise to keep an open mind. If things are getting better—I will say that loudly.”


Dabakis stated that he initially responded “no-ish” to the mayor's offer—and noted that to serve on the board would illicit “heartburn” from some of his supporters—but consented after the mayor persuaded him to take the position.


Biskupski aims to amp up transportation options in accordance with the city's master plan, and she expects the senator to help usher in those upgrades and infrastructure. But, Dabakis will have to be confirmed by the City Council before he officially takes the post.


In the mayor's announcement, Dabakis is quoted with zeal: “I consider this to be one of the most important assignments of my political career,” it states. “The people of Salt Lake City are in desperate need for better public transportation options and it is clear to me that a lack of trust in our transit authority is what is holding us back—I hope I can help fix that.”