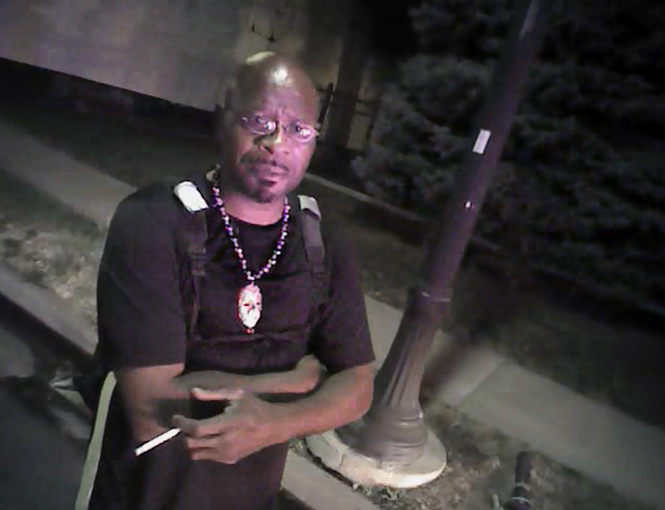 “I got ’em,” says SLCPD officer Clinton Fox, who shot and killed 50-year-old Patrick Harmon in August during what Salt Lake City Police Chief Mike Brown later referred to as “a routine stop.”


In one of three body-cam videos released, Harmon, standing next to his bicycle can be seen complying after he’s asked to remove his backpack. Seconds later, as he’s about to be handcuffed, he attempts to flee and Fox, one of the three police officers on scene, opens fire.


After being shot three times, Harmon is then tasered and administered first-aid. He was pronounced dead later that night at an area hospital.


In the footage, following a run to his patrol car to grab a pair of gloves, the shooting officer asks, “Do we need a tourniquet on anything?” about a minute-and-a-half after the incident.


Gill’s 18-page report goes on to say that Harmon was stopped after he was seen riding his bike with no rear tail light across all six State Street lanes and a median. It also says Harmon had active felony warrants and that as he ran he turned toward police officers with a knife and said, “I’ll cut you.”

You can read the full report below.
See related PDF Patrick_Harmon_investigation_report__released_10_04_17.pdf

In an email to members of the press late Wednesday evening, SLCPD representatives said Gill’s decision prompted them to release the footage.


“This is about accountability and transparency,” Black Lives Matter organizer Lex Scott told a crowd gathered to demand the footage be released outside the Public Safety Building just four days ago.


At the rally, Harmon’s sister, Antionette—who drove 1,300 miles along with eight other family members to attend—recalled Patrick Harmon, four years her junior as “goofy” and remembered him as “a protector”—someone who defended his only sister whenever needed.