Former LDS bishop hosts talk on why supporting the LGBTQ community and being a good Mormon aren't mutually exclusive.

The Church of Jesus Christ of Latter-day Saints has a complicated relationship with its LGBTQ members. Though slowly becoming more supportive—earlier this week the LDS Foundation donated $25,000 to an LGBTQ support group, and high-profile Mormon politicians like Sen. Orrin Hatch have recently voiced concerns about high suicide rates among LGBTQ youth—the church still teaches that while identifying as LGBTQ is not a sin, acting on those sexual impulses, “violate[s] one of our Father in Heaven’s most important laws and get[s] in the way of our eternal progress.” 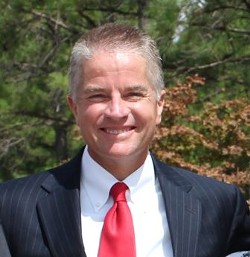 Richard Ostler is a devout Mormon and former bishop who preaches tolerance and understanding of members of LGBTQ communities. Though he doesn’t speak for the LDS Church and isn’t advocating for doctrinal change, Ostler’s Facebook posts and presentations stress that Mormons can be both deeply committed to their faith and serve as allies to people who identify as LGBTQ.


City Weekly caught up with Ostler before an upcoming presentation—titled “Being a Good Mormon and Supporting God’s LGBTQ Children,” scheduled July 18 at 7 p.m. at the Rose Wagner Performing Arts Center— to talk about the importance of his messaging, how be became an advocate for LGBTQ communities and what committed Mormons stand to gain by listening to people different from them. Responses have been edited for length.


City Weekly: Tell me how about how you became an ally for members of LGBTQ communities.

Richard Ostler: “I became an ally while serving as a singles’ ward bishop in Salt Lake City. I served a three-year assignment from 2013-2016. During that time, I had a few LGBTQ members in my congregation. It was the first time in my life I sat and listened to LGBTQ people tell their stories. It was transforming. I felt like I had to wipe my hard drive clean of anything I’ve ever thought about LGBTQ people.


What did you learn from that transformative experience?

“Don’t let straight people define LGBTQ people for you. Go talk to them. I’ve had hundreds and hundreds of visits with LGBTQ people.”


How would you describe your beliefs now, and do you think they’re in conflict with LDS Church doctrine?

“My beliefs about LGBTQ people significantly changed, but I don’t believe I’ve come across anything that makes that in contrast with LDS doctrine. I’m still a committed Mormon, fully active in the LDS Church.


“They can teach me things my straight friends can’t teach me. But some of the things that changed is I don’t believe sexual orientation is a choice… it’s really clear to me, and I think the science is proving this, that sexual orientation is not a choice. I don’t think that they’re broken or it’s a mistake or it’s something gone awry. I just think everybody’s created as God wants them to be created. And no one’s broken and no one needs to be fixed. Somehow, this is part of God’s plan. I recognize that orientation is not a choice. Just like being left-handed isn’t a choice.”


Do you believe that’s in conflict with church doctrine?

“It hasn’t changed my feelings about the Church. I really believe in the principle of self-determination, the idea that everybody gets to choose their own path in life. I believe all the teachings of the Mormon church, and I invite everybody to live the teachings of the Mormon church. One of the questions that comes up for active Mormons is, ‘How do I support LGBTQ people?’ The way I look at my Mormon baptismal covenants and Christ, I don’t think there’s any conflict with being a really good Mormon and loving and respecting my LGBTQ friends.


What do you think similarly committed, active Mormons stand to gain by becoming allies of LGBTQ communities?

“I think it will help them be a better disciple of Christ. Because it’s helped me. In other words, if I’m trying to be like Christ, I have learned that being around LGBTQ people helps me be a better person because of the things they can teach me. I don’t think I can become the person God wants me to be without interacting with people of all backgrounds.


“I look at Mormon baptism covenants as a line going upward, which is commandment-keeping and having faith in God. But the other big part is going horizontal and having a responsibility for other people. I believe that part of our responsibility as Mormons is to comfort others, and the only way I’m going to do that is get to know people and their stories. I can’t really touch someone’s cross if I don’t know their story. So I think part of the responsibility of Mormons is to interact with humanity so we can know how to help other people with their burdens.”


What does ‘big tent Mormonism’ mean to you, and why do you think it’s important?


What do you hope people take away from your presentation?

“I’m assuming there will be active Mormons there and people who were never Mormon, I assume there will be straight people there… I want everybody to leave feeling more connected.


“Instead of the us-versus-them, we need connection with everybody. We’re all part of this human family. I hope to share principles that are found in the teachings of my church, and honor people who are on a different road and not look down on them and feel like they’re a threat to us.


“It’s not like a political rally, I don’t want to sway people to my way of thinking. I’m just trying to help, how we can come together and support and love and understand each other.”