How a federal agency's move to Colorado threatens public lands, science and the climate. 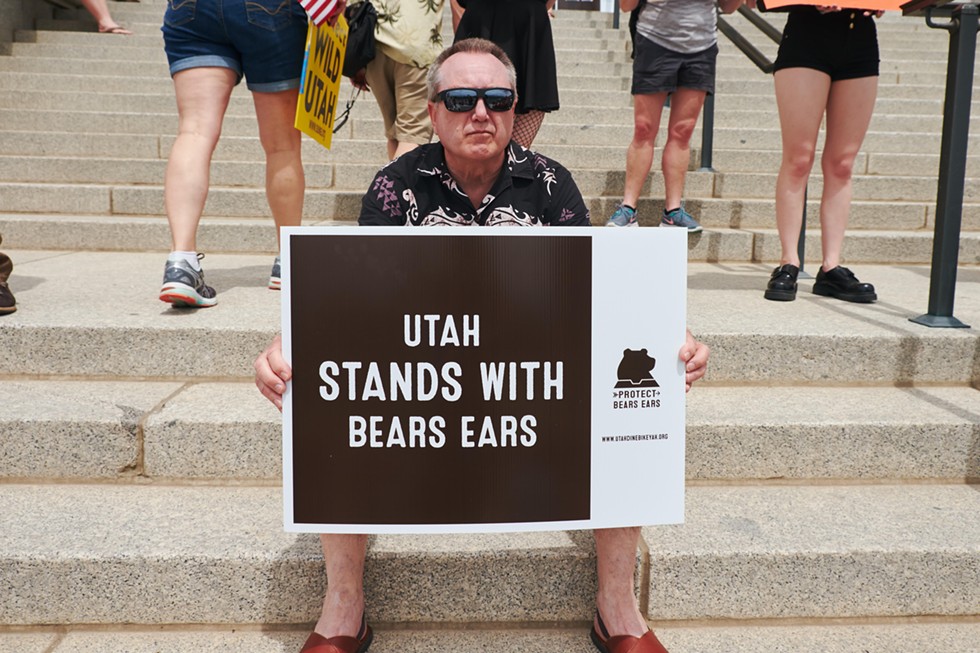 When Americans think about public lands, the National Park Service has name recognition, but it's the Bureau of Land Management, along with the USDA's Forest Service, that has more clout. The BLM has jurisdiction over 246 million acres—more than the Forest Service and three times that of the National Park Service—and makes important decisions about oil and gas leasing, mining, grazing, recreation, and other land use.

Now, it seems, the BLM's vast holdings might be in peril due to continued assaults by the Trump administration, including its decision to relocate the agency's headquarters to Grand Junction, Colo., and scatter other employees around the country.

All but about 60 of the agency's hundreds of Washington, D.C., staff will be sent "out West." The congressional affairs staff goes to Reno, Nev., and the distribution of the environmental staff will be scattered among offices in seven states. In total, more than 200 positions will be relocated. High-level officials in the Department of the Interior, which oversees the BLM, justified the move by saying it will bring the staff closer to the lands that they manage, most of which are in the West.

"Shifting critical leadership positions and supporting staff to western states—where an overwhelming majority of federal lands are located—is not only a better management system, it is beneficial to the interest of the American public in these communities, cities, counties and states," Interior Secretary David Bernhardt said in a statement.

Not everyone agrees. Some fear there's an underlying motive to weaken the agency's effectiveness and allow oil and gas companies better access to agency staff.

The fact that the Grand Junction BLM headquarters will share a building with oil giant Chevron only fuels the fire. But there are other reasons for concern.

Unraveling From Inside Out
One of the biggest worries is that the relocation will undermine the effectiveness of the agency.

"This was the goal all along," says former BLM ecologist Joel Clement. "It was to break [up] government and reduce the regulatory state."

Tim Whitehouse, director of PEER, agrees that the move was not intended to benefit the agency but rather to destroy it.

"There's a narrative that the administration is decentralizing agencies and moving employees back to the field so that they can be closer to their regulated communities and their constituents," he says. "But that's not true. What they're actually doing is breaking these agencies up and sending employees to remote locations that are difficult to reach and that are far from the powers making the decisions."

Dozens of former BLM employees wrote a public letter to Bernhardt asking him to reconsider. Moving to Grand Junction, they argue, will make it more difficult for constituents to reach the BLM, prevent the agency from being part of decisions in the capital, and increase costs significantly. "The proposed dismantling of the BLM Headquarters Office would adversely affect public service, sustainable management of public lands, and operational effectiveness with no discernible benefit to the agency's mission under law," the letter stated.

The concern doesn't end there. Chairman of the House Natural Resources Committee Rep. Raul Grijalva, D-Ariz., has repeatedly expressed his concerns in meetings, letters and briefings—all without response from the Trump administration. So on Nov. 14, he asked the U.S. Government Accountability Office to investigate the decision and the process by which it was reached. "We are concerned about how this reorganization will impact the long-term ability of BLM to carry out their obligations and responsibilities," he wrote.

BLM staffers told E&E News that as many as 75% of agency employees might leave—a scenario that is already playing out at another federal agency. When the USDA's Economic Research Service and National Institute of Food and Agriculture were relocated earlier this year, hundreds of employees quit. Rather than being alarmed, the administration actually seemed pleased. "What a wonderful way to kind of streamline government and do what we haven't been able to do for a long time," acting White House chief of staff Mick Mulvaney told NBC News.

If BLM follows suit, the move could gut the agency.

A Larger Strategy
The BLM's move to Grand Junction is about more than a single agency—it's emblematic of bigger problems Interior has faced since Trump's election. It highlights administration-wide attacks on employees working on environmental regulations and scientific research.

Shuffling employees around the country—and away from centers of power where they could be involved in decisions—has become par for the course for the administration. In 2017 now-disgraced former Interior Secretary Ryan Zinke reassigned 27 senior executives of the Department of the Interior. Several resigned, including Yellowstone National Park's superintendent Dan Wenk, who said he felt he had been reassigned as a "punitive action." The Government Accountability Office conducted an investigation and found that there was insufficient documentation and inconsistent reasoning given to justify them reassignments.

They Weren't the Only Ones, Though
Clement used to oversee climate policy before he was abruptly reassigned to a position in an accounting office dealing with oil and gas companies. He blew the whistle on the Interior Department's attacks on science in 2017, before leaving his position, and now works at the Union of Concerned Scientists.

"Out of everything they have done, the only transparent thing that has happened in the Trump administration is that they are openly serving industry," he says of the BLM relocations. "And this might be the most glaring example of that."

The discord in the department continued in 2018 when nearly all of the members of the National Parks Service Advisory Board quit over frustrations with Zinke. The board, which normally huddles twice a year, had not been able to meet because the secretary had suspended all outside committees in order to "review their work." Things haven't improved after Bernhardt, a former oil industry lobbyist, took over the department following Zinke's resignation.

PEER recently conducted a survey of high-level Interior Department employees and the results were damning. Anonymous respondents wrote that "morale of career staff is abysmally low," and that staffers were leaving because "the agency is so unbearable to work at," because of "inexperience, lack of competence and extreme political influence."

"This lack of morale, the loss of long-term staff is a real concern and an impact we will see into the future," Jenkins says.

And that's because the problems can be traced even higher up.

Most of Trump's appointees to lead federal agencies have not been career staffers, and the turnover is high. For the most part, they are from the private sector.

"These people they are appointing don't even think that the agency should exist at all, like [acting director William Perry] Pendley, who has actually advocated for selling off most of the BLM's land," Jenkins says.

Like many in the Trump administration, Pendley is technically still an acting director and was never confirmed by Congress. Jenkins and many at PEER believe the administration is breaking the Federal Vacancies Reform Act by having acting directors operate in the capacity of permanent directors without any oversight normally part of the nomination process.

"The Trump administration has been avoiding the requirements of the Constitution and figuring out workarounds ... if they're successful, they will have gone through three years without Senate advice and consent, which seems obviously against the Constitution," says Jenkins, whose organization is beginning legal action.

Issues of staffing and the effectiveness of agency workers is no small matter. Considering the vast amount of land under the BLM's control, there are striking public health implications and critical ecosystems. If the BLM continues to escalate drilling and fracking permits on federal lands, not only will greenhouse gas emissions grow unchecked, but there could be negative effects on public health. Air pollutants released by fracking can cause a variety of problems, including respiratory issues, birth defects and cancer.

"[The West] is full of oil and gas extraction and industrial activities and the air is bad, really bad," Clement says. The American West—with its millions of acres of scenic public lands—has a reputation for clean air and water, but as oil and gas activity in the region has increased, so has pollution, endangering health as well as the environment.


A version of this article originally appeared in The Revelator.