Secretary Zinke comes to Utah for the Days of ’47 rodeo.

Interior Secretary Ryan Zinke stopped in Salt Lake City on Tuesday to deliver remarks at the Days of ’47 Cowboy Games & Rodeo, where he praised Utah for understanding that “freedom of religion is the cornerstone of American exceptionalism.”


After Gov. Gary Herbert introduced the “great patriot and a great friend of Utah,” Zinke recalled the Mormon pioneers who came to the state in 1847 and said their journey demonstrates the importance of religious tolerance in America. “Today, we have a man in the White House who respects religious freedom,” Zinke said. “That man is Donald J. Trump.”

The bulk of Zinke’s short speech included his reading of a proclamation from Trump that recognized “the extraordinary pioneers who uprooted their lives and undertook an incredible leap of faith into the unknown.”


“I think this is the first president to ever recognize Pioneer Day and the importance to the West and our nation,” Zinke said.


Zinke’s visit to Utah came soon after the Interior Department released, then retracted, documents that showed officials dismissed evidence in favor of preserving national monuments as they sought to shrink them. During a trip to Utah last December, President Trump announced his administration would be cutting about 2 million acres from Bears Ears and Grand Staircase-Escalante national monuments.


In response to Zinke’s visit, Ashley Soltysiak, director of the Utah Sierra Club, issued a statement a few hours before his speech. “Since his initial efforts to eliminate Bears Ears National Monument and reduce Grand Staircase-Escalante, Zinke has sold out millions of acres of public lands in our state, even those near places like Capitol Reef National Park, to the dirty fuel industry—and more are on the auction block,” Soltysiak said. “Continuing to ignore the historic, natural and economic significance of public lands is both dangerous and reckless.”

“People ask me, what was easier—being a commander in SEAL Team 6 or the Secretary of Interior?” Zinke, a former Navy SEAL, told the crowd. “I say, ‘Actually, being a SEAL was easier because as a SEAL when people shot at you, you could shoot back.’”


After reading Trump’s proclamation, Zinke rode a horse named “Cowboy” around the arena while a procession—including Herbert, in a carriage—followed. The rodeo kicked off shortly thereafter.

Zinke, the last to award a medal, shook hands with each of the winners, flashing them each a smile from beneath his black cowboy hat. The crowd, surrounded by the American flags hung above their seats throughout the Utah State Fair Park, clapped heartily as the politicians and horse riders descended the stage. 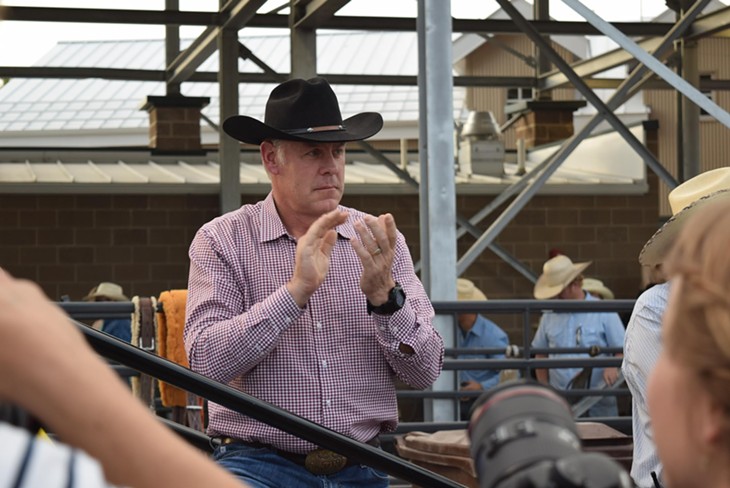 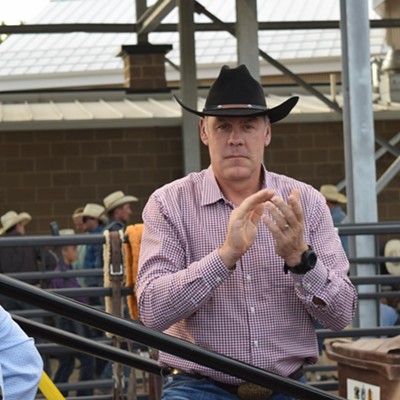 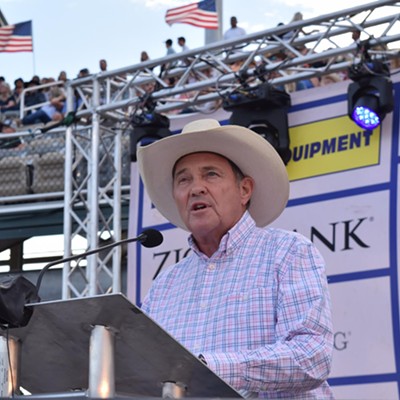 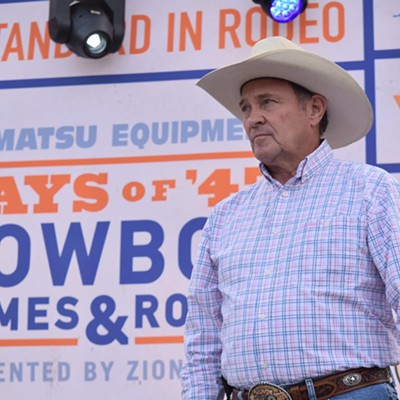 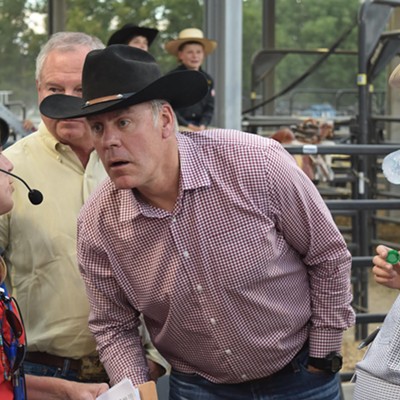 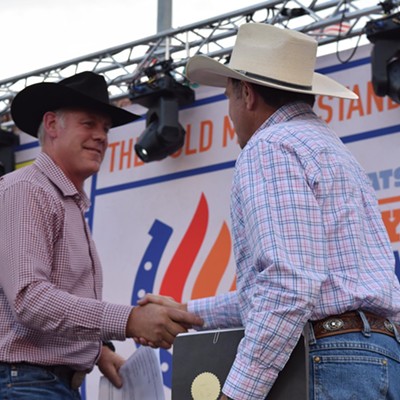 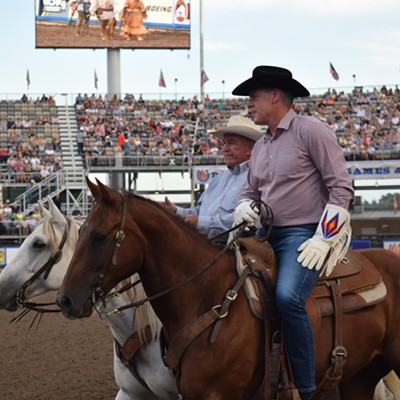 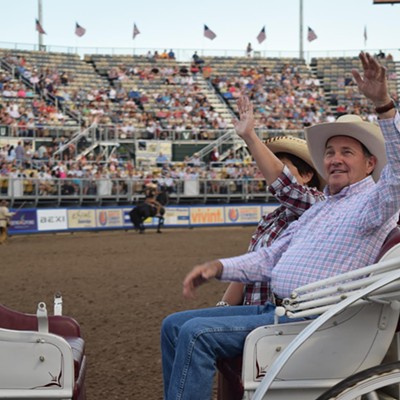