The most powerful elected official in Utah gave $60,000 to two LGBTQ organizations working to prevent suicides. This is how they will allocate those funds. 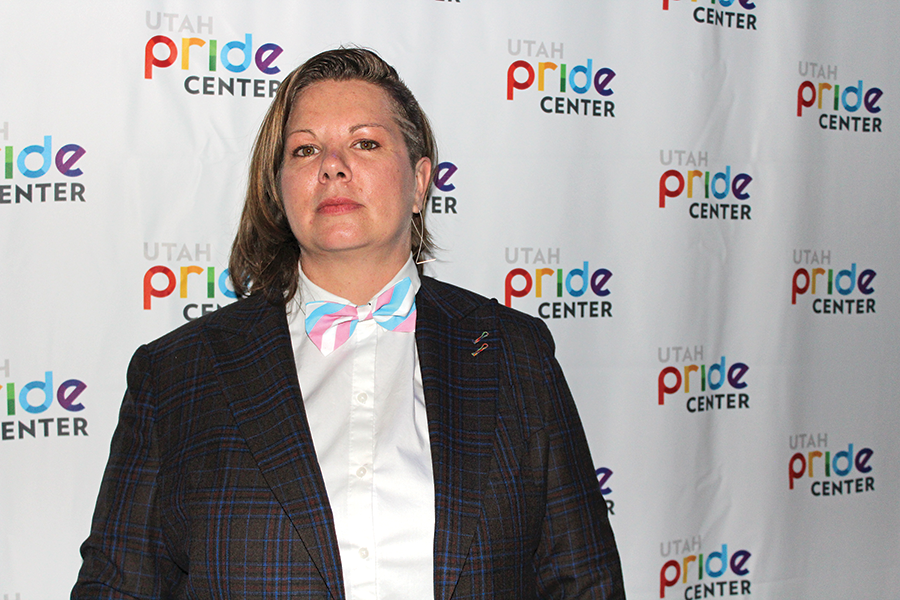 Earlier this month, Gov. Gary Herbert's office announced that his Suicide Prevention Fund had awarded $247,500 in grants to myriad organizations working statewide to prevent suicides. The groups that received the money serve a diverse swath of Utahns, including veterans, Native Americans and those struggling with opioid addiction. But two mental health service providers stood out because of their work with families and individuals who identify as LGBTQ—groups that historically haven't always felt welcome or been allowed to thrive in the Beehive State.

Related Pride in the Past: Tracing the Utah Pride Festival back to its origins.

Pride in the Past
Tracing the Utah Pride Festival back to its origins.
It wasn't symbolism, imagery or beauty that made Connell O'Donovan decide to finish the second annual Gay and Lesbian Pride March at Washington Square, the esteemed park and home of the jaw-droppingly gorgeous City and County Building.
By Kelan Lyons
News

"It is crucial that LGBTQ+ Utahns feel loved and accepted for who they are. Investing in this community is a top priority for us as we look to increase mental health support across the state," Herbert said in a statement to City Weekly. "I am hopeful that this year's grants from the suicide prevention fund will be instrumental in helping Encircle and The Pride Center provide lifesaving support and increased resources to our LGBTQ+ community."

The Utah Pride Center and Encircle each received $30,000 to expand their mental health services. The funding comes from Intermountain Health Care, individual tax-form donations, a match program approved by lawmakers in their 2019 legislative session and, surprisingly, The Church of Jesus Christ of Latter-day Saints.

"I think that things are changing in our state," Stephenie Larsen, Encircle's CEO, says, "and we are better understanding how important everyone in the community is, and diversity should be celebrated."

Larsen, who herself is a member of the LDS church, opened a house for LGBTQ youth in Provo in 2017, and one in Salt Lake City last February. The group's mission is to bring families and communities together, to best support queer youth. "I think for a lot of youth and families, we're the first stepping stone to coming out," Larsen says. "Encircle tries to be very culturally competent, and meeting these families where they are, and in our conservative community sometimes it's a very scary step for both parents and youth. We try to help them work through that process."

This is the first grant funding Encircle has received from the governor's office, Larsen says. "That money will go directly to therapy costs," she says, adding that, since they started providing services, Encircle's specialists have, on average, taken two young people experiencing suicidal ideations to the hospital every month. "I think that's one thing we're able to provide, a safety net to help kids when they're in distress."

Utah Pride Center's grant will go toward a slew of existing programming, according to Jimmy Lee, the organization's youth and family programs manager. Among other things, the windfall will allow the center to run its life skills and support groups on a more sustainable basis; help them stage events like Queer Prom; and pay for therapists who provide treatment to families and individuals.

"That $30,000 is going to go a long way for us as an agency," Lee says. "We're pretty good at taking just a dollar and making it go as far as it can. So this 30 grand really means a lot to us, and is something we are so appreciative of. We know that we can take it really, really far."

The Pride Center's executive director, Rob Moolman, says his organization has received grants from state agencies in the past, but the notable amount makes the governor's recent award "relatively rare ... This is a significant grant, and gift, to the center."

The awards are quite a shift, informal historian Ben Williams says. "For years, the state has basically kind of ignored the gay community and pandered more to the conservative elements of the state," he explains. "In the past, they kind of just allocated money just for suicide youth, and they never really kind of made that connection that LGBT kids have a higher [rate] of suicide than kids who are not LGBT."

It says a lot that the most powerful elected official in Utah awarded this money to support LGBTQ communities, Hillary McDaniel, the Pride Center's festival director, underscores. "Money talks, and putting money into any program makes those programs prioritized," she says. "I think that on the Hill there's a lot of fighting over funding and where it does and doesn't get to go. But the governor using money for this issue, he's trying to send a message this is a priority for him."

“I’d really like to see more statewide nondiscrimination, where there isn’t such a strong religion clause in there that if it goes against your religion, you can still not bake a cake, or something silly.” —Ben Williams tweet this

According to Lee, the move sends a parallel message that "there are different needs of this particular demographic and population that are maybe not being met already."

For some in the community, grants aren't enough to create a systemic metamorphosis. "I think it's just throwing out money to something that in the long term will make them look good. I'm just sick of that dynamic. I want real-ass change," Mariella Mendoza, a housing and climate justice advocate and LGBTQ organizer, says. "I think Utah is becoming this place that's trying not to look fucked up."

Asked what state lawmakers and the governor could do to better support LGBTQ communities, Mendoza says, "give a shit," recognize the intersectionality of issues like housing and climate justice and mental health, and help open more support centers like the Pride Center. "There aren't enough resources here in Salt Lake City for us to survive, for us to make it out alive," Mendoza says. "Most of my friends, I'm telling you, have already moved away."

Moolman is grateful for the money, but he's a bit apprehensive because Equality Utah Director Troy Williams quit the governor's Suicide Prevention Task Force after lawmakers gutted a bill that would have banned the practice of conversion therapy on minors. "It is imperative, as next steps, the governor and the Legislature make sure that they have strong LGBTQ voices in the room when they are making policies and decisions, and when they're developing those things," he says, explaining that diverse groups challenge each other to think differently, ultimately leading to better, more representative policy.

Williams declined to be interviewed for this article.

Ben Williams and Larsen each encourage lawmakers to pass bills that better protect LGBTQ Utahns. "I'd really like to see more statewide nondiscrimination," Williams says, "where there isn't such a strong religion clause in there that if it goes against your religion, you can still not bake a cake, or something silly."

Larsen, meanwhile, says legislators must set an example for Utahns to follow, and prohibit therapists from practicing conversion therapy on minors. "I think they've got to be the ones who act first," she says. "And I know in Utah that's hard, with the religious climate that they're working from, but I think that's what's important about leadership, that we do the right thing."

McDaniel urges that state officials start gathering data on the gender identities and sexual orientations of people who complete and attempt suicide, so they can better understand the scale of this epidemic as it relates to the LGBTQ community.

The world McDaniel envisions is one where LGBTQ community members are accepted by all people. "When that starts to happen more, the policy changes and funding that needs to happen to help our community will just naturally get higher, and may get less necessary," she says. "Rather than pushing for more money, I'd really just like to start pushing for less suicidal attempts and suicidal ideation in our community."