The Ears Have It | Buzz Blog

The Ears Have It 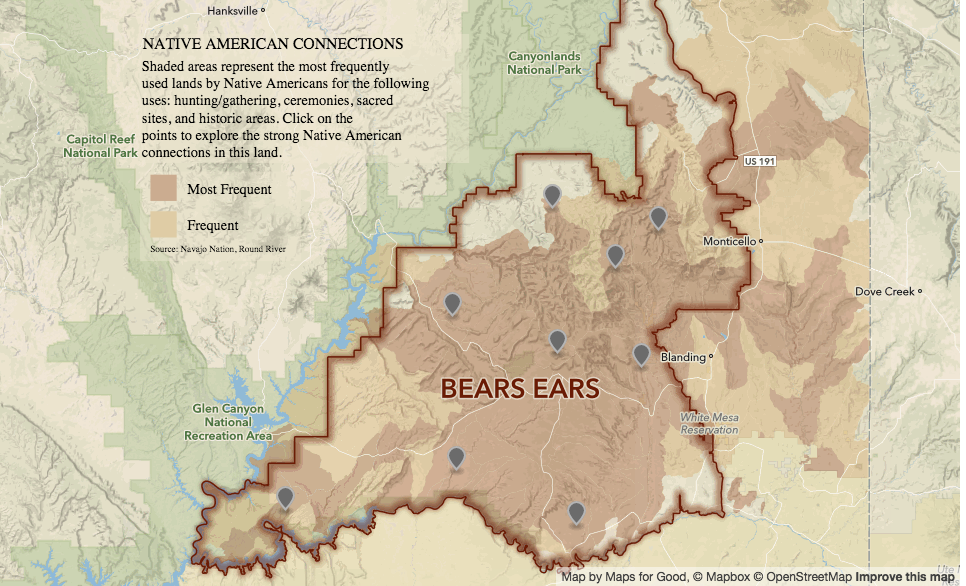 
Rumors of President Barack Obama’s intent began to bubble up Wednesday afternoon, and Lee, who has been an ardent critic of the president, Bears Ears, the Antiquities Act and many things done by the federal government held firm on social media.


“While on vacation in Hawaii, Pres. Obama plans to designate Bears Ears NM today,” he wrote. “This arrogant act by a lame duck president will not stand.”


Lee's pointed tone persisted after the designation was announced.

I will work tirelessly with Congress & incoming Trump administration to honor the will of Utahns and undo this monument designation. #utpol


Opponents have argued that regulations will reduce access to land users, primarily by limiting vehicle travel. Supporters of the designation, however, contend that protection is needed to save the land and artifacts from looters and extractive industries.


Rep. Chris Stewart, R-Utah, argued at the press conference that regulations should be enacted through the legislative process.


“There’s not a person here that wants to see these antiquities, or these natural resources, or these species be destroyed or be harmed,” he said. “But there is a right way, and there is a wrong way. What we’re seeing here is the wrong way.”


But conservationists say a national monument is necessary because state and federal lawmakers have failed to pass any meaningful protection.


Obama will undoubtedly get flak for announcing the designation from outside the state, similar to the barbs thrown at former President Bill Clinton when he designated the Grand Staircase-Escalante National Monument 20 years ago.


Stewart challenged the president to return to Utah to announce the designation.


“If you want to do this, then have the courage to come to Utah and look us in the eye, and explain to us, and justify why you would do something that we, the people, don’t support,” he said.


Obama released a statement shortly after 3 p.m., saying the decision was made after years of public input.


“Today’s actions will help protect this cultural legacy and will ensure that future generations are able to enjoy and appreciate these scenic and historic landscapes,” he said in a statement. “Importantly, today I have also established a Bears Ears Commission to ensure that tribal expertise and traditional knowledge help inform the management of the Bears Ears National Monument and help us to best care for its remarkable national treasures.”


Local politicians followed with a barrage of competing press releases. Speaker of the Utah House Greg Hughes asserted that the original intent of the Antiquities Act was not meant to protect such large swaths of land.


Gov. Gary Herbert said he was “deeply disturbed” by the news of a national monument.


“By unilaterally locking up 1.35 million acres—ian area roughly the size of the entire State of Delaware—the president has misused his authority under the Antiquities Act and violated assurances made by his Interior Secretary to take into account local concerns before making a monument designation,” he said in a statement.


Secretary of the Interior Sally Jewell noted that the protected area contains much of the land set aside for protection in a proposal by Bishop and Rep. Jason Chaffetz, R-Utah, in their failed Public Lands Initiative bill.


Rep. Joel Briscoe, D-Salt Lake City, who sits on the Commission for the Stewardship of Public Lands, lauded the president. “A monument like this is so much greater than all of us, than any political squabble. Creating the Bears Ears National Monument is the right thing to do, for Utah, for our country, and for our future,” he said in a statement.


Along with Bears Ears National Monument, Obama designated Gold Butte National Monument, which was at the center of a tense standoff between federal agents and an armed militia in 2014 after the government attempted to impound cattle belonging to embattled Nevada rancher Cliven Bundy.