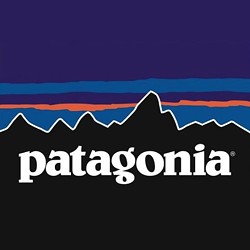 Utah Gov. Gary Herbert plans to meet in coming days with outdoor executives seeking to distance themselves from Utah and its effort to control federal lands.


The Republican governor said Thursday he believes the state’s push has been misrepresented in the news media this week after clothing giant Patagonia, Inc. said it would boycott its twice-yearly trade show in Salt Lake City and convention organizers said they were considering moving the show to another state.


The governor called the move a political ploy and defended the state push. “We’re trying to be good stewards of the land. We’re trying to provide access to public lands for those that want to enjoy them in the outdoors,” Herbert told reporters in a news conference Thursday.


The best spot to hold the show, Herbert said, “is here in Salt Lake.” Still, the governor called Patagonia’s move a “political ploy.”


Outdoor Retailer organizers will start taking bids from other potential host cities starting for its fall 2018 show, they announced Monday. Patagonia pulled out of the show on Tuesday, a few days after the Republican governor signed a legislative resolution urging President Donald Trump to undo the Bears Ears National Monument 300 miles south of Salt Lake City.


“There's only one way to show support for public lands and the enormous economy they support in Utah and across the country: Don’t sell them to the highest bidder, keep them in the hands of the American people,” Corley Kenna, Patagonia director of communications said in a statement.


But Herbert said the state has poured millions of dollars into preserving mountains and mesas owned by the federal government, and doesn’t seek to spoil the land by selling it off for development. Still, Herbert said energy extraction is cleaner than it used to be, and that the state can pursue it without harming its pristine landscapes.


Utah-based Black Diamond Equipment founder Peter Metcal also has urged the show to move to disassociate from what he called an all-out assault on public lands.


Barack Obama declared the monument during his final days in office. Utah’s Republican-dominated Legislature approved the Bears Ears measure and sent it to the governor’s desk in the second week of the legislative session over opposition from state Democrats.